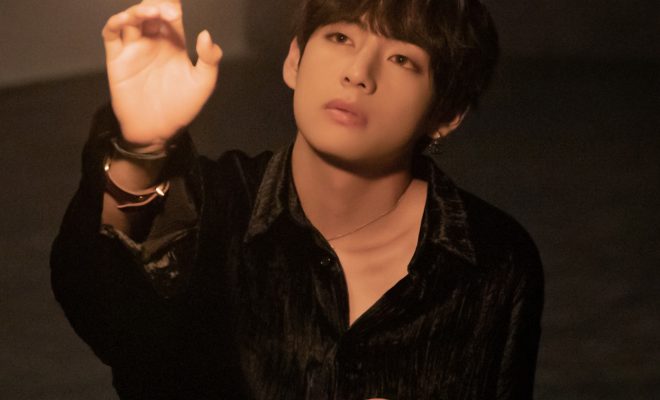 BTS’ V featured on the OST for the highly acclaimed drama, Itaewon Class. He wrote, produced, composed and sang the track “Sweet Night.”

The track was loved by fans globally and “Sweet Night,” has now achieved No. 1 on the iTunes Top Song Chart in 82 countries. 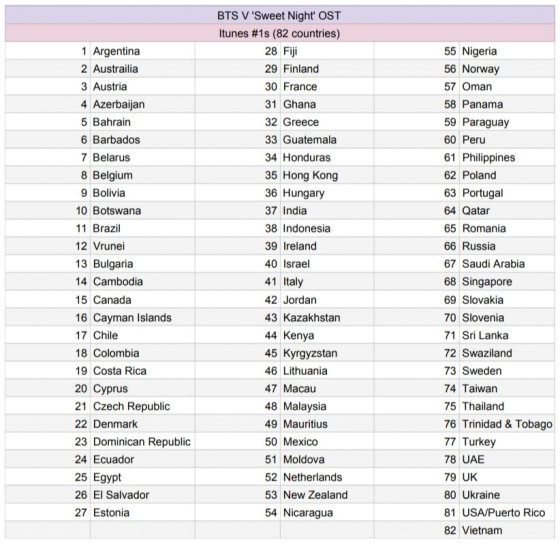 V achieved this feat after ranking No. 1 on the Botswana iTunes Top Song Chart, making “Sweet Night,” No. 1 in 82 countries including the United States, United Kingdom,  India, France, Canada, Italy, and Australia.

While PSY’s “Gangnam Style,” still hold the rank of highest No. 1s in 86 countries, V’s “Sweet Night,” succeeded PSY’s “Gentleman” and is placed at No. 2, making him the youngest and second Korean soloist to accomplish the record.

“Sweet Night” not only swept the first place in the iTunes chart in 82 countries, it also placed at No. 1 on the Top Songs in Europe, No. 10 in the UK’s Single Top 100 Official Chart, No. 37 in UK’s The Official Big Top 40′ chart. The track also charted at No. 7 in France and No. 9 on Billboard’s Euro Digital Song Weekly Sale Chart.

“Sweet Night,” is a soft ballad like track which sounds as sublime as a soothing lullaby. The track encapsulates V’s deep vocals that harmonize beautifully with the track’s warm melody and the prominent acoustic guitar riffs.

The lyrics are simple but sincere and evoke a sense of melancholia which makes the track heart rending and heartwarming all at once!

Hellokpop, as an independent Korean entertainment news website (without influence from any agency or corporation), we need your support! If you have enjoyed our work, consider to support us with a one-time or recurring donation from as low as US$5 to keep our site going! Donate securely below via Stripe, Paypal, Apple Pay or Google Wallet.
136
SHARES
FacebookTwitter
SubscribeGoogleWhatsappPinterestDiggRedditStumbleuponVkWeiboPocketTumblrMailMeneameOdnoklassniki
Related ItemsBTSItaewon ClassV
← Previous Story BIGBANG’s Taeyang Shows Impeccable Work Ethic In Episode 2 Of “White Night” Documentary
Next Story → Red Velvet Gifts Fans With Photobook Dedicated To “La Rouge” Concert