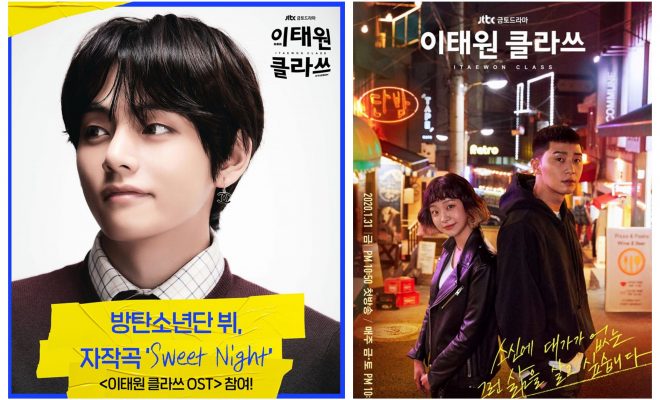 BTS’ V gifts fans with a new song which is also self-produced by him. The baritone singer of BTS had participated in an OST for a drama. Earlier on March 9, it was confirmed that V will be singing an OST titled “Sweet Night” for the drama Itaewon Class. 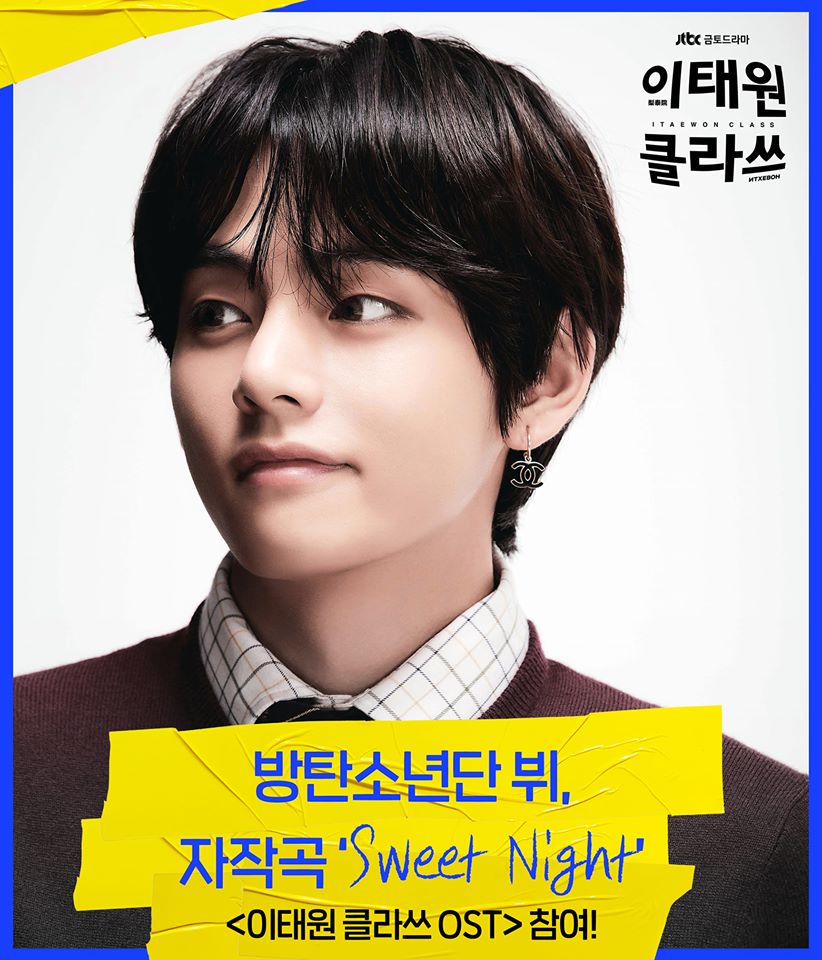 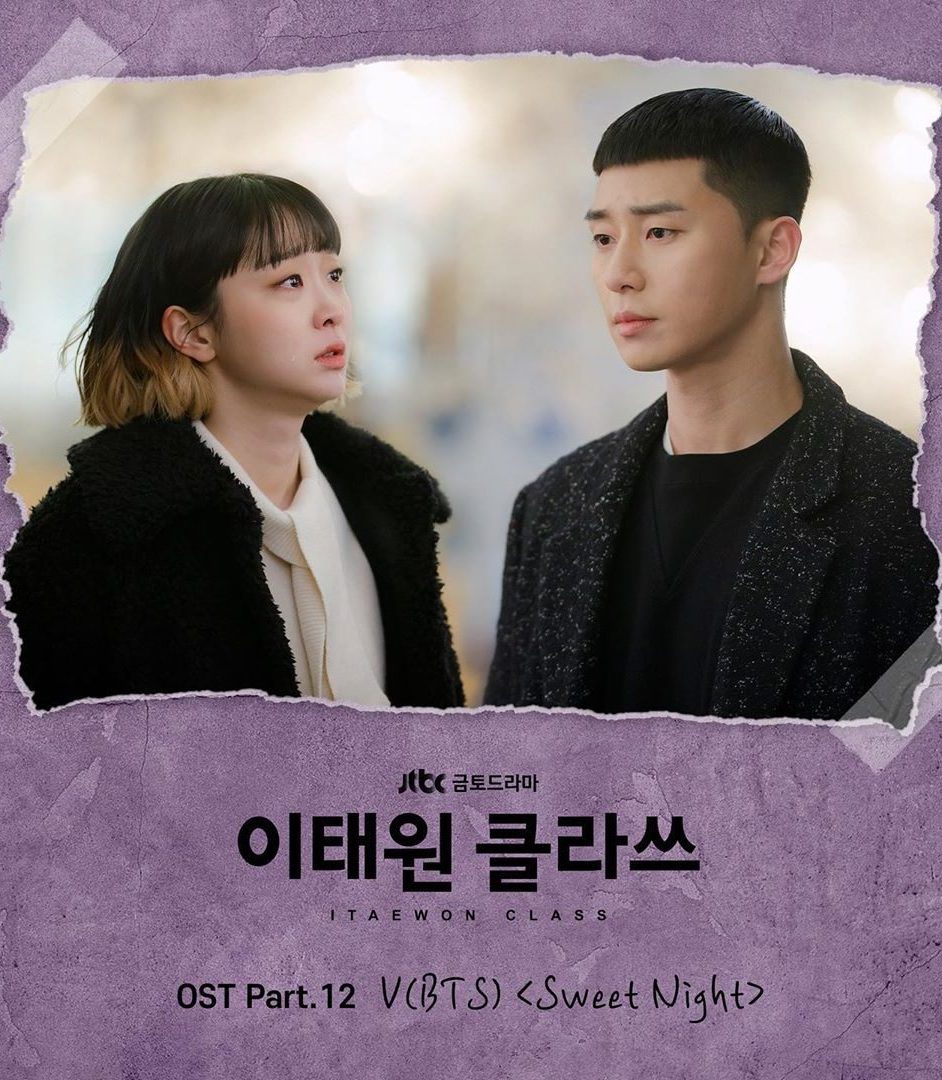 The song title is very meaningful to the drama’s story-line as Dan Bam which is a pub run by the main protagonist Park Sae Ro Yi translates to sweet night. Also, the reason for that name was so that Sae Ro Yi can cling to the hope that his bitter nights will be sweet again.

The much anticipated song was dropped across online music sits on March 13 at 6 pm KST along with a music video. V’s fans celebrated the release of the OST by trending multiple hashtags worldwide.

An indie-pop song with acoustic vibes “Sweet Night” evokes warm emotions. Sung entirely in English, V took part in the composition and lyric writing of the song. As the song begins with the lines, “On my pillow/ Can’t get me tired/ Sharing my fragile truth/ That I still hope the door is open”, it soothingly calms with a hopeful feeling.

V’s unique and soulful voice is the ultimate attraction of the song and the instrumentals make his voice stand out even more. It is particularly addictive especially at the second half of the song where he beautifully hums against the violin sound.

A comforting and a healing track, “Sweet Night” gives hope that one day everything will be alright again. The song relates to the various turmoils the main character, Park Sae Ro Yi has to go through and wishes that he can finally have his sweet night.

Remarkably, the lines “How could I know/ One day I’d wake up feeling more/ But I had already reached the shore/ Guess we were ships in the night”  leave a deep impression as it elicits the feeling of longing for the moments of the past.

“Sweet Night” is the first solo OST that BTS’ V has participated in and second overall. He collaborated in his first OST with BTS co-member Jin for the song “It’s Definitely You”.

Additionally, this is not first time that V has self-produced a song. Earlier, he had delivered impressive works that highlights his musical sensibility with releases like “4 o’ clock”, “Scenery” and “Winter Bear”.

Meanwhile, the drama Itaewon Class has created massive waves with its interesting story-line and stellar acting performances by its star-studded cast. The Park Seo Joon liner had also been consistently soaring high in the viewership ratings.

Itaewon Class airs every Friday and Saturday via jTBC 10:50 pm KST. The drama is also available in Netflix.

Hellokpop, as an independent Korean entertainment news website (without influence from any agency or corporation), we need your support! If you have enjoyed our work, consider to support us with a one-time or recurring donation from as low as US$5 to keep our site going! Donate securely below via Stripe, Paypal, Apple Pay or Google Wallet.
FacebookTwitter
SubscribeGoogleWhatsappPinterestDiggRedditStumbleuponVkWeiboPocketTumblrMailMeneameOdnoklassniki
Related Items#SweetNightOutNowbts vBTS V Itaewon Class OSTBTS V Sweet Night방탄소년단 뷔이태원 클라쓰
← Previous Story iMe Entertainment Group Wins Two Grandiose Awards At “The BrandLaureate”
Next Story → DAY6’s Jae Announces Release Of Blooming New Solo Single “Rose”