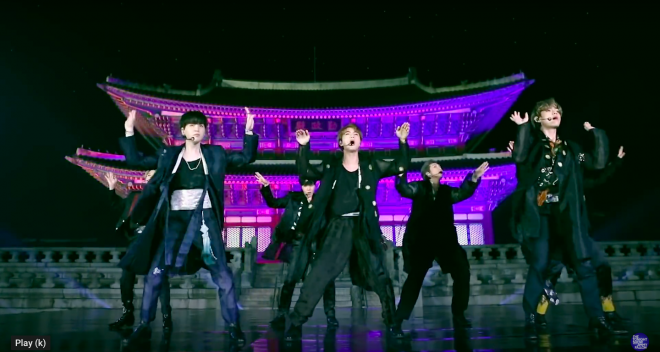 Day 1 of BTS Week on The Tonight Show Starring Jimmy Fallon took us from “Dynamite” to “Idol”, and it was magical!

The start of the week was also the beginning of BTS Week! The K-Pop idols put an extraordinary spin to their newest track, “Dynamite”, by teaming up with Jimmy Fallon and American hip hip band, The Roots!

Dominantly performed in a capella style, viewers were treated to a fourth remix of “Dynamite”. Everything from the rainbow explosion of a background all the way to Jimmy Fallon’s signature humor gave fans a wonderful watching experience.

The way the two musical groups and TV show host collaborated for the elaborate production number showed that no distance nor pandemic can stop the power of music. 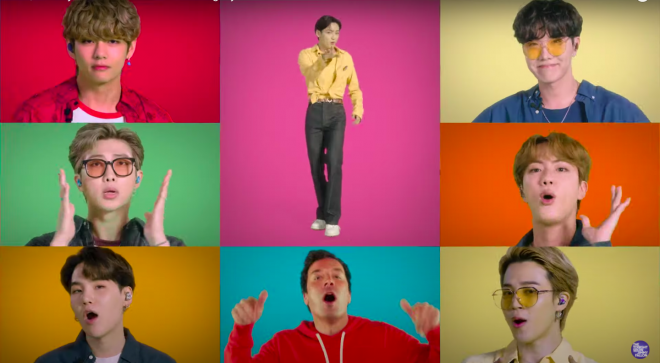 After rendering a fresh new twist on their iconic retro tune, BTS did a full 180 by performing “Idol” at the Gyeongbokgung Palace in Seoul. Seeing BTS perform “Idol” again was reminiscent of the time they first sang the track on The Tonight Show in 2018. The intense song number commenced with the camera panning through the halls until it reached the septet who was handsome and dapper in their Hanbok inspired ensembles.

Looking like princely warriors, Suga, RM, Jin, V, Jungkook, Jimin, and J-Hope took it to the max by dancing up a storm and singing their hearts out. The fierce performance was a powerful reminder that BTS is a group of vocal kings who have a handle on their duality.

In other news, BTS is officially back at the number 1 spot on the Billboard Hot 100. Kudos to the Bangtan Boys and ARMY for yet another milestone!

Meanwhile, we are looking forward to the rest of BTS Week, which is bound to get more amazing by the day. Let us hear you louder, ARMY!