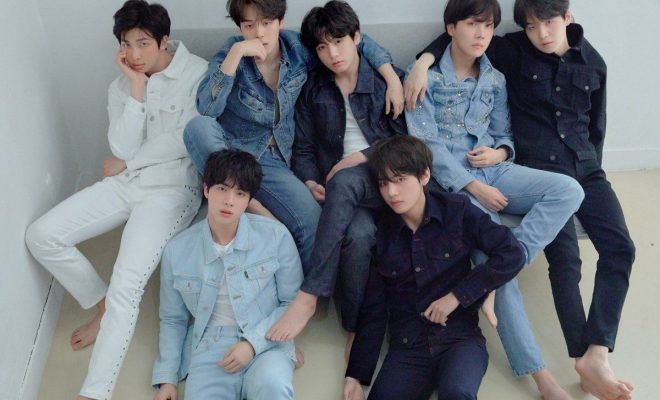 BTS Will Hold Special Comeback Show For Their Upcoming Album

By Yann | May 9, 2018
39
SHARES
FacebookTwitter
SubscribeGoogleWhatsappPinterestDiggRedditStumbleuponVkWeiboPocketTumblrMailMeneameOdnoklassniki

BTS will stage BTS Comeback Show once more for their highly-anticipated third album!

Besides making their comeback stage at the 2018 Billboard Music Awards on May 18, the Bangtan boys have unveiled plans for the new BTS Comeback Show for Love Yourself: Tear.

The show will be held in CJ E&M Center on May 24 at 8:30 pm KST and will be broadcast simultaneously for the international fans via Mnet, Mnet Japan, Youtube, Facebook, and JOOX, the largest music streaming service in Asia.

BTS Comeback Show was first held in 2017 for the release of Love Yourself: Her and will be held again in celebration of the group’s upcoming third full-length album. Love Yourself: Tear currently holds the record for most number of stock pre-order sales by any K-pop group with a total of 1,449,287 album pre-orders in Korea alone. 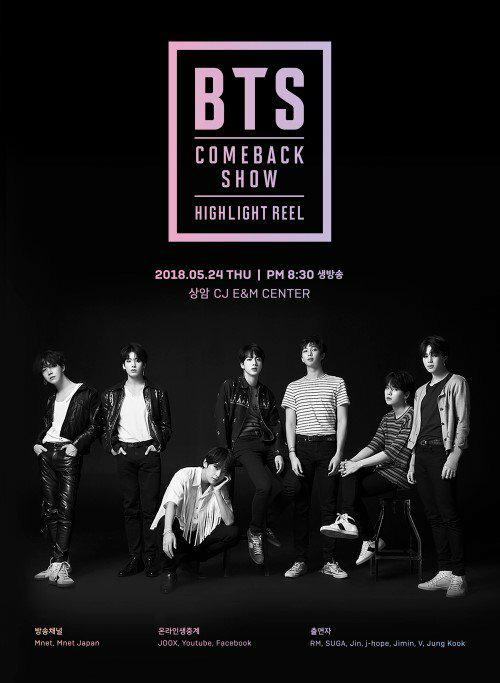 The show will showcase performances of the title track and B-side tracks from Love Yourself: Her. There will also be special videos including a BTS member pretending to be an ARMY, the boys’ own, unique ways to recharge their energies, and a look at some behind-the-scenes stories of the making of their new album.

The Bangtan boys shared two sets of concept photos for their third album on May 9, midnight KST. Social media was shaken with the “O” and “R” photo sets, which gained nearly 2 million likes in under 6 hours on Twitter.

Meanwhile, the comeback trailer “Singularity” for Love Yourself: Tear has already reached over 18 million views on YouTube as of May 9, three days after it was uploaded by BigHit Entertainment. It also garnered over 2 million likes just one day after its release. The track was performed by the group’s Kim Taehyung, also known as V, and it currently holds the record for the fastest K-pop music video to reach 10 million views by a solo artist.