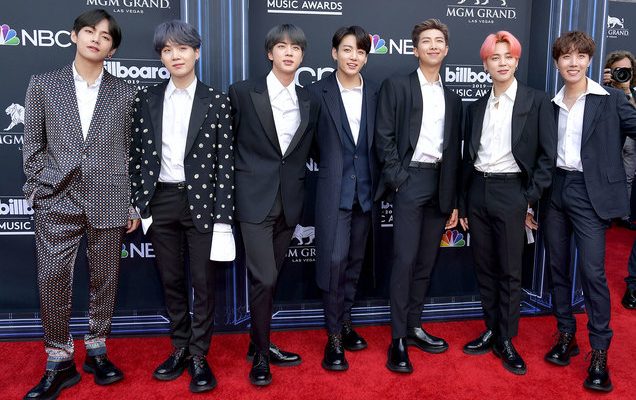 Another historic achievement for BTS and ARMYs.

Worldwide boy group BTS has made another history as they became the first ever Korean act to win the Top Duo/Group of this year’s Billboard Music Awards.

IT'S TRUE! Our #BBMAs Top Duo/Group is @BTS_twt. pic.twitter.com/fu0DYiaSCY

As they received the prestigious award at the Billboard stage at MGM Grand Garden Arena, RM expressed his gratitude to fans.

“Thank you, ARMY! Thank you, Billboard Music Awards. I still can’t believe that we are here on this stage with so many great artists. This was only possible because of the little things we share together, the BTS and ARMY power,” the proud leader said.

Additionally, BTS remained undisputed as the BBMA’s Top Social Artist for three consecutive years now. They received the award earlier during the red carpet of the show.

Amid the tough competition posed by fellow K-Pop acts EXO and GOT7 and chart-topping singers Louis Tomlinson and Ariana Grande, BTS, together with their supportive ARMYs, still proved global power as they secured the most number of votes in the fan-voted category.

You voted and the results are in! Congrats @BTS_twt, our #BBMAs Top Social Artist! pic.twitter.com/javTPx2ces

Back in 2017, the boys received their first nomination at the BBMAs, and eventually broke the longstanding reign of Justin Bieber as the Top Social Artist.