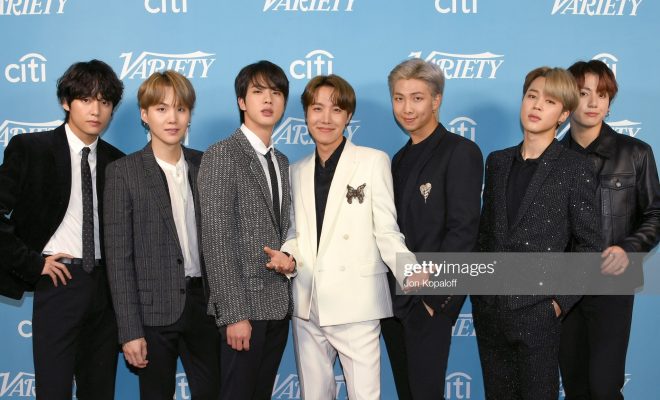 Another award to BTS’ name and more good news for ARMY as BTS will be coming back with a new music soon.

Global artist group BTS attended Variety’s Hitmakers brunch event in Soho House, West Hollywood, California on December 7. At the event, BTS won the award for the Group of the Year.

Variety said, “BTS has set new records and concluded this year with the biggest stadium tour, further solidifying their position as a global superstar.”

Hitmakers is an awards ceremony that honors music labels, singer-songwriters, producers, composers, publishers, and executives who have contributed to producing the most popular music. The ceremony is held every year since 2017.

Leader RM expressed his gratitude on behalf of the group in a humble speech. He thanked all the editors of Variety for choosing them as the Group of the Year.

RM also said, “2019 was truly very exciting and surprising year for us and this event made it even more special. And even though we are here to receive this award from very far away, none of this would have been possible without the efforts of Mr. Bang (Bang Si Hyuk), all the producers and all the staff from our label (BigHit Entertainment).”

Additionally, he also thanked their fans ARMY from all over the world for always sending their love and support. He further said, “And also we would like to express the biggest respect and admiration towards all the members of the music industry including artists, song writers and other producers.”

RM went on to say that the music has the power to cross barriers such as language and nationality, and teases a new music that is underway. He stated, “The good news is that currently we’re working on our new music and new album and can’t wait to share them with you guys in the future. Hope you guys are also excited to discover what BTS has got for 2020.”

Check out BTS’ full speech at Variety’s Hitmakers below: