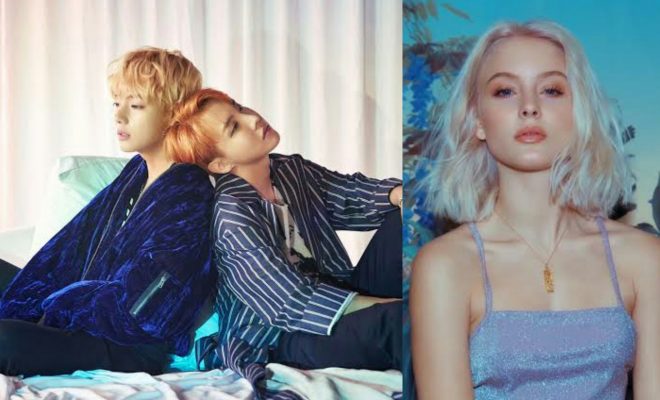 Photos from BigHit Entertainment and Billboard

BTS members V and J-Hope teamed up to deliver a beautiful track featuring Zara Larsson for the second OST of their upcoming mobile game BTS World!

Another wonderful OST has been delivered by BTS for their mobile game BTS World on June 14 at 6 PM KST! 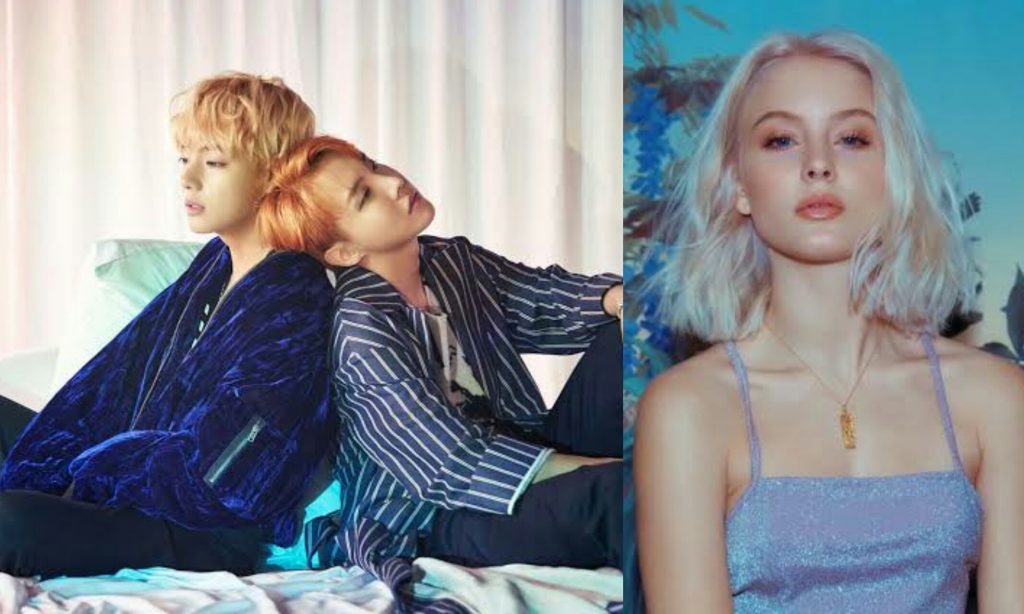 Photos from BigHit Entertainment and Billboard

Bringing a double kill this time with V’s vocals and J-Hope’s raps, “A Brand New Day” marks the second song off the mobile game’s set of bright and inspiring soundtrack list. Besides the two BTS members, the song also enlisted the sweet singing voice of Swedish musician Zara Larsson.

Its lyrics inspire listeners to keep on hoping for “a brand new day”, as the very title implies. With the encouraging message of continuing to chase one’s dreams and fight their fears as each day goes by, the uplifting track paints a smile on listeners’ faces – which we’re sure V and J-Hope aimed to do.

V’s rich baritone voice gave a smooth feel to the song the way it does to every BTS track, and “amazingly beautiful” is an understatement to describe his ad libs. Additionally, his vocal harmonies with Zara Larsson were beyond impressive.

Together with J-Hope’s rap verse delivered brimming with energy, the song reflected its lyrics’ bright message and effectively brightens up the mood of every listener. Make sure to listen to “A Brand New Day” until the very end for a very pleasant surprise from J-Hope too!

The first OST for BTS World titled “Dream Glow”, sung by members Jin, Jimin, and Jungkook, was released on June 7. Meanwhile, its last OST which will count rap gods RM and Suga as a sub-unit is scheduled to drop next – so stay tuned.