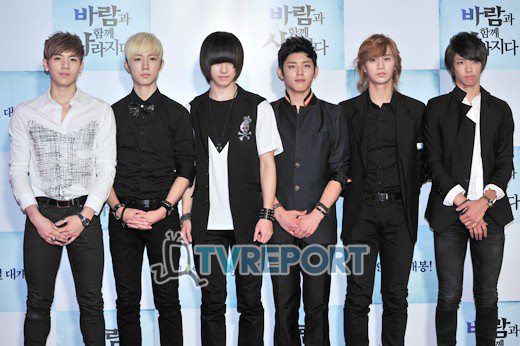 Newly debuted idol group C–Clown released a dance practice video of Solo in chipmunk version. On August 7, C-Clown’s official Twitter account updated a photo of the tiring boys in the practice room, with the caption:

”Reason why C-CLOWN collapsed during dance practice? It will be revealed on C-CLOWN’s official fan cafe this afternoon. Coming Soon.” 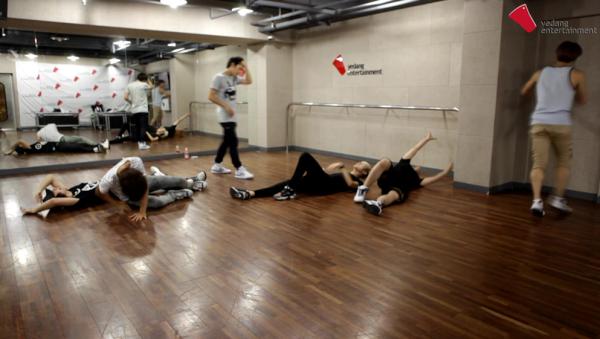 C-Clown then released the video on their Daum fan cafe. The boys dressed casually practicing to the song. Solo was being played 6 times faster than the original version, making them have to catch up with the fast speed. It’s now clear why the boys crashed on the floor in the photo.