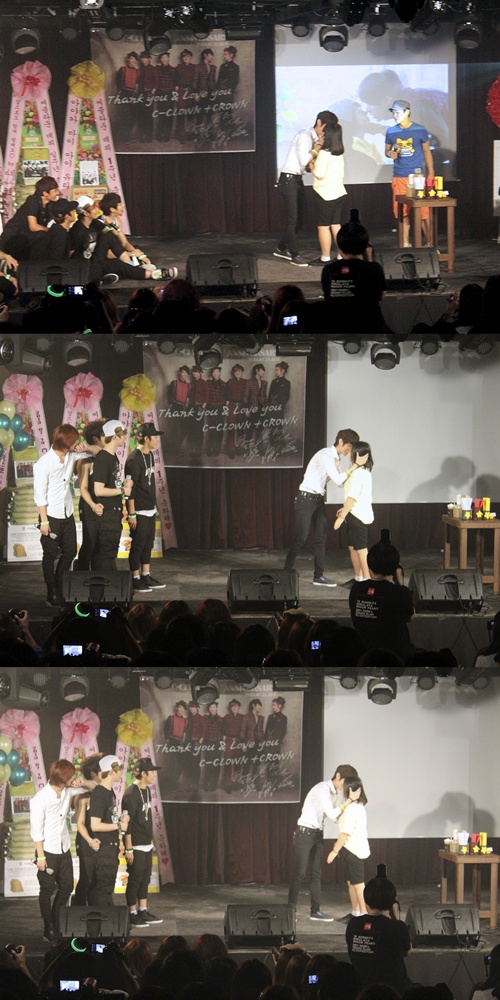 Idol group C-Clown got closer to fans with their intimate fan service at the recent debut anniversary event.

On July 23, Yedang Entertainment revealed a photo taken at the fan meeting through a press release. In the revealed photo, member T.K and the lucky fan were seen in a position where they have to act out the ‘foam kissing’ from the SBS drama, Secret Garden. The atmosphere was heated up as the fans screamed in jealousy.

Besides T.K, members Rome, Siwoo, Ray, Kangjun and Maru have also acted out different romantic scenes from various dramas such as I Hear Your Voice, The Greatest Love and Lie To Me.

C-Clown will perform at K-Fest Summer 2013 in Yokohama on August 11 and KBS K-Pop World Music Festival 2013 in Thailand on August 17.