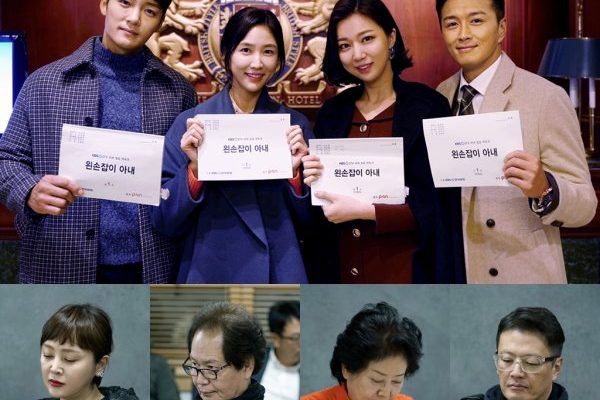 To premiere as soon as the new year begins, Left-Handed Wife gears up for its launch on January 2, 2019.

It will depict the story of a woman who will take over the life of another person following a tragic accident involving her husband. Two men and two women struggle to find real love that they desperately desire. 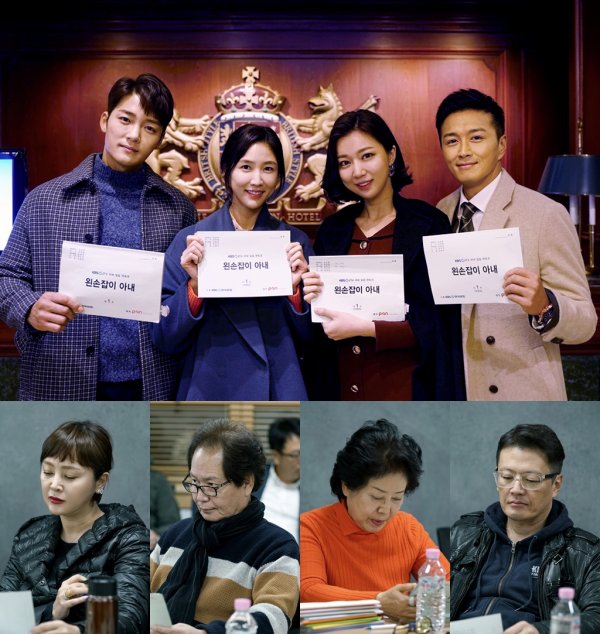 When the cast of the drama gathered to have its first table-read, the extraordinary combination of old and new cast members indicated promising story already.  Director Kim Myung Wook and Writer Moon Eun Ah, who are both behind hits like Unknown Woman, Smile Again and You are My Destiny, will lead the creative and production team of the series.

Actors Lee Soo Kyung (Father, I’ll Take Care of You) and Kim Jin Woo (Reunited Worlds) were so brilliant and refreshing during the reading session. Because of this, the excitement for the drama heightened further. Their expressions during the reading were affecting as  Lee Soo Kyung, the female lead of the drama,  showed emotional depth for her role.

In addition, the crazy presence of Jin Tae Hyun was brilliant as Kim Nam Joon. He energized the reading with his acting abilities. Ha Yeon Joo impressed everyone with her intensity and dramatic facial expressions.

The emotionally-charged scene proved the passion and enthusiasm of the cast. They easily slipped into their roles as they embodied their characters.

Left-Handed Wife will take over Love to the End in 2019.