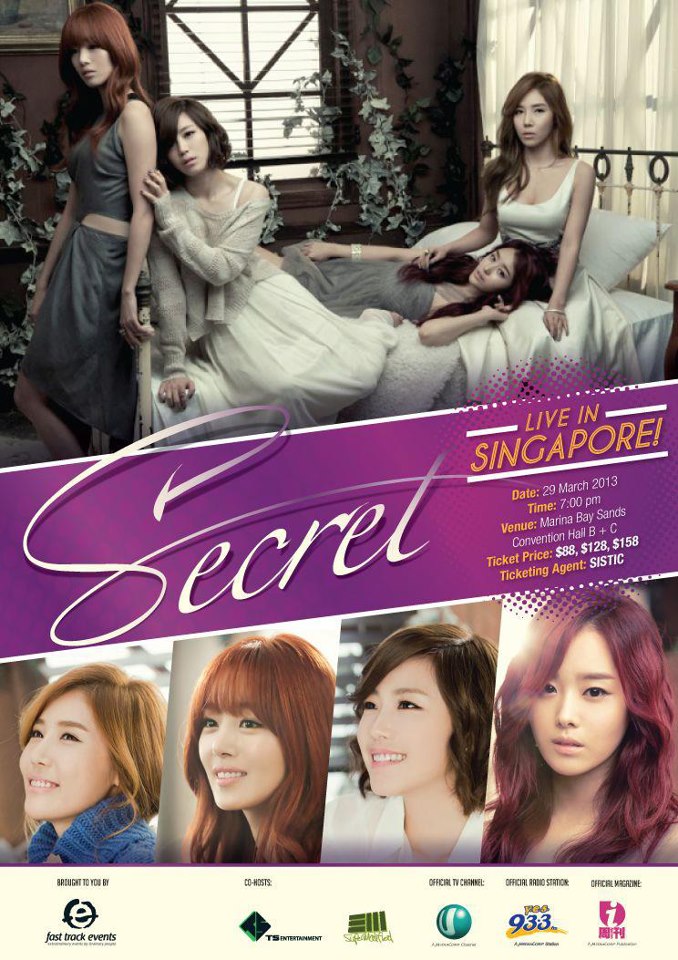 SECRET is finally coming to Singapore on 29 March 2013.

The concert, “SECRET live in Singapore” is set to take place at The Marina Bay Sands Singapore Convention Hall B & C. Concert starts at 7.00pm with tickets pricing at S$88, S$128 and S$158. Official ticketing agent is SISTIC and tickets are available for sale now.

SECRET is a Korean POP girl group consisting of Jeon Hyo Seong, Han Sunhwa, Song Ji Eun and Zinger. The four girls all unveil different images and song by each single release since their first debut in 2009. This will be the first ever full scale concert for them in Singapore. After a successful Singapore fan meet that happened in March 2012, SECRET and its management, TS entertainment, are excited to be back again for this one and only live show.

In 2011, SECRET made their official debut in Japan and became one of the three Korean girl groups to be on the top 10 of the Oricon weekly chart. They have also been featured as one of the groups for the recent Golden Disk award held in Kuala Lumpur with their latest track “Talk That”.

Watch Secret’s Talk That below: