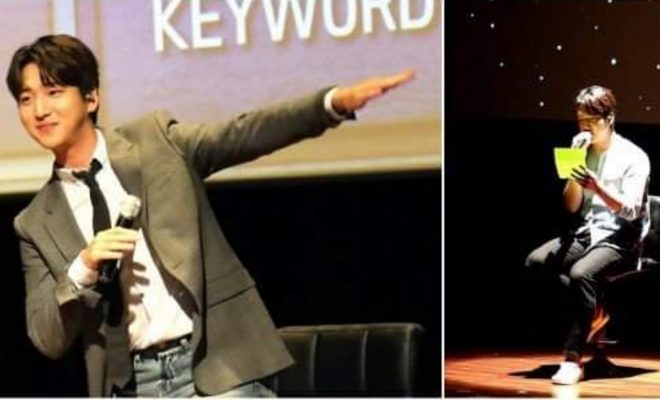 Famous for his role in Reply 1994, Cha Sun Woo, also known as Baro, recently gifted his fans with a fan meeting.

In preparation to his pending enlistment, Cha prepared a lot of special activities for an evening with his fans. However, he also received the best surprise of the evening. 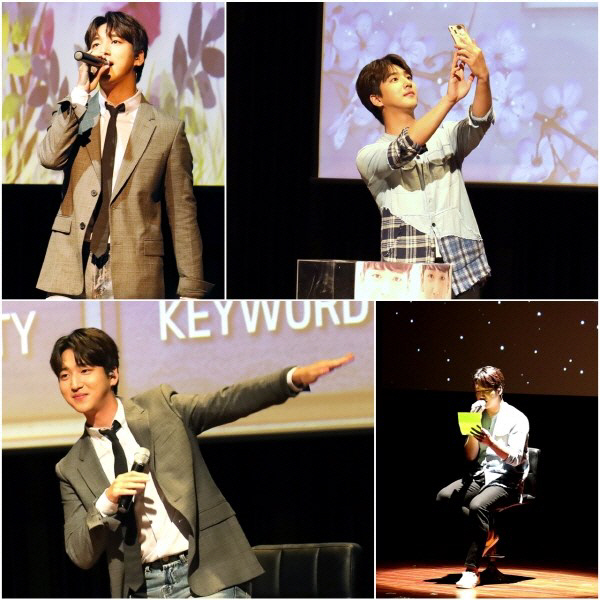 The actor held the “Cha Sun Woo: 1st Fan Meeting” at the White Hall of the White Horse Art Center on July 26. 500 fans trooped to the venue despite the rainy weather to personally greet him.

The fan meeting had a unique board game concept, which came from the actor himself. First, Cha discussed his works and his interests. In particular, he talked about the roles he portrayed in past dramas. Cha cited his time with his fans as the most brilliant time of his youth. Furthermore, Cha talked in detail about his role in Reply 1994, Binggrae. This was the role that endeared him to his fans.

Furthermore, the actor had a lot prepared for the fans, which heightened their excitement. He performed a vibrant stage of three songs. In addition, he had a unique fan service, such as self-help and recording of morning calls. He also prepared Polaroid shots he took of himself. These photos showed him preparing for the fan meeting and throughout his daily life.

The highlight of the evening was the special appearance of fellow Reply 1994 co-stars, Yoo Yeon Seok and Son Ho Jun.  Although Cha was aware of Son appearing at his fan meeting, Yoo was a complete surprise to his delight. The three friends engaged in a “TMI Talk”, and the close bond and affection was obvious between the three men. Additionally, Yoo and Son conveyed their wishes to Cha, who is about to start his enlistment. They provided him with the necessary items during his basic training.

In the end, Cha prepared a heartfelt letter that he read to his fans. On the other hand, they were touched with his strong sentiments. During the high touch event, Cha couldn’t help but shed tears while conveying his gratitude to his fans.

The actor began his active duty on July 30 and will serve for the standard 18 months. His last drama before enlistment, Level Up, is currently airing on MBN.