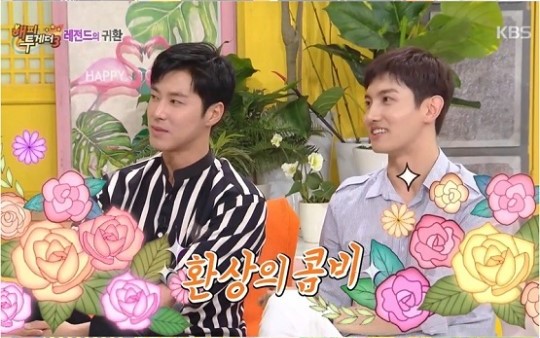 TVXQ’s Changmin: “I Would Have Paid Money To Become A Member Of Super Junior”

Yunho was really mad with Changmin.

TVXQ’s duo Yunho and Changmin recently made their appearance on KBS’s TV program Happy Together.

During the show, when asked if he has ever wanted to become a part of Super Junior, Changmin shared honestly: “Since it’s just the two of us (in TVXQ), at times Yunho is too passionate and full of energy when we’re working.”

He continued: “Super Junior’s members are professional when they work, but they goof around a lot among themselves. They even splash water on the face of members who are sleeping.” 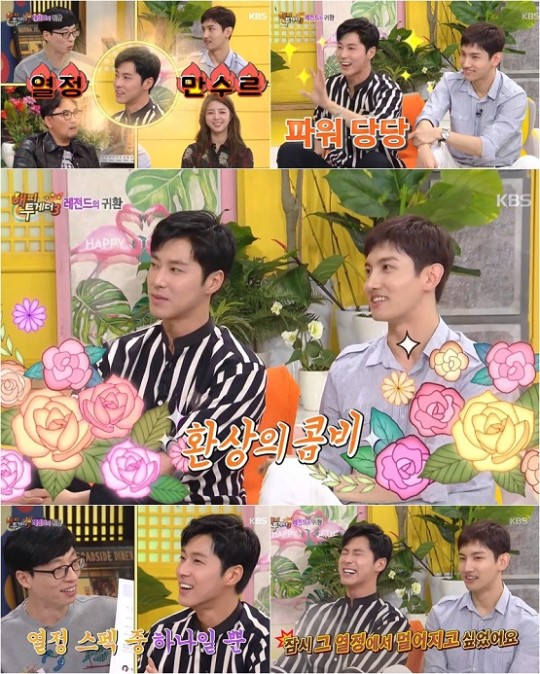 Changmin then shared about his bandmate’s reaction when he jokingly expressed his intention to become part of Super Junior.

He said: “The pranks can be mischievous, but they look fun. There was a time when I wanted to set aside the passion and play little pranks. I would’ve paid money to become a member of Super Junior. Later I jokingly told Yunho about it, and he told me that his feelings were hurt.”

Right after that, Yunho replied: “I was so angry because TVXQ has come a long way to achieve what we’ve achieved, and when he said that, I felt as though everything we’ve done had been in vain.”

Changmin excused himself: “I did it for a laugh, and he took it too seriously.”