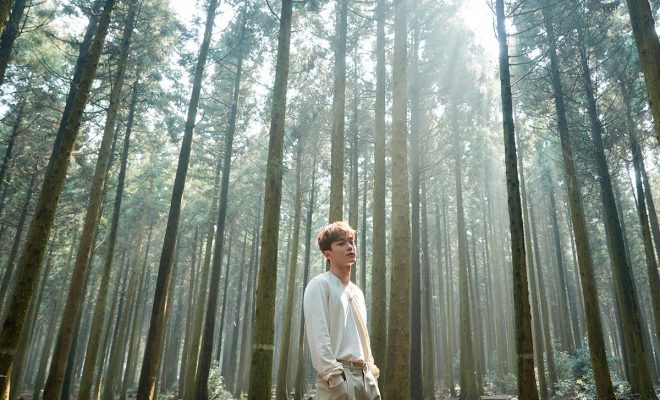 EXO’s Chen Expresses His Versatile Charm Through Teasers For “April, and a flower”

Chen blooms amongst the trees in the first set of teaser photos for April, and a flower!

EXO’s Chen continues to display his charm and versatility through teasers for April, and a flower. After unveiling a tracklist, Chen rolled out a series of teasers for his EXO-Ls.

Chen showcases his charms in the first set of teaser images unveiled yesterday. True to his concept, he displays his natural charm while posing amongst the trees. The singer’s healing yet charming looks, however, are only an introduction to what we can look forward to in his mini album.

Aside from teaser photos, the singer also flaunted his versatile charm by being involved in the production of his latest venture. Through EXO’s Twitter account, Chen asked his EXO-L’s to look forward to “Flower”– a ballad he penned the lyrics for! This beautiful ballad was composed by Kim Jae Hwi, who has also worked with IU and Jung Seung Hwan.

Chen has previously proven his talents as a lyricist for EXO, penning lyrics for “She’s Dreaming“, “Ko Ko Bop“, and “Love Shot“.

April, and a flower, however, will unveil another side to Chen’s talent as a lyricist. His latest album is gearing up to be quite a unique release, and EXO-Ls everywhere have every reason to get excited.

In line with his solo debut, Chen will perform on Yoo Hee Yeol’s Sketchbook sometime at the end of March. The singer reportedly participated in the shoot whilst working on his solo stage. The program airs every Friday at 11 p.m. KST via KBS2, so it is possible that fans may even get a sneak peek of a track from his new album live.

Hellokpop, as an independent Korean entertainment news website (without influence from any agency or corporation), we need your support! If you have enjoyed our work, consider to support us with a one-time or recurring donation from as low as US$5 to keep our site going! Donate securely below via Stripe, Paypal, Apple Pay or Google Wallet.
FacebookTwitter
SubscribeGoogleWhatsappPinterestDiggRedditStumbleuponVkWeiboPocketTumblrMailMeneameOdnoklassniki
Related ItemsApril and a flowerexo chenFlowerteaser
← Previous Story BLACKPINK Reveals First Teaser And Date For “Kill This Love” Comeback
Next Story → MTV Asia To Broadcast “2019 One K Concert” Via Twitter