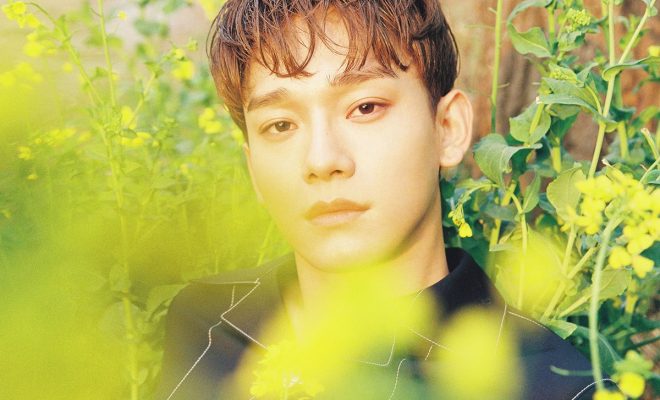 Chen Gifts His Fans With A Surprise Busking Session

EXO-Ls are in for quite a treat from Chen this April, as the singer will be taking over the soundwaves with live performances too!

EXO’s Chen is celebrating the release of his first mini album with a surprise busking session! An hour after releasing his much-awaited mini album, the singer will be serenading the world by performing his solo songs live.

CHEN’S APRIL BUSKING will take place on April 1, 7 p.m. KST. The event will be streamed on V Live, EXO and SMTOWN‘s YouTube channels, and will be held at a surprise venue. EXO-Ls can look forward to hearing the singer perform his title track, “Beautiful Goodbye”, as well as his other solo songs.

Aside from live performances, Chen will also be giving viewers an in-depth view of April, and a flower. EXO-Ls can look forward to hearing all about the stories that inspired the songs in the latest album. Also, a look behind-the-scenes during the album’s production. Of course, Chen will be warmly interacting with his beloved fans and showcasing his charms.

Chen has been building up excitement for April, and a flower. Aside from releasing teaser photos, the singer has also been releasing content through his YouTube channel. Recently, Chen treated his beloved EXO-Ls with a video of him singing “Cherry Blossom Love Song”.

Prior to this busking session, Chen will perform on Yoo Hee Yeol’s Sketchbook sometime at the end of March. The singer reportedly participated in the shoot whilst working on his solo stage. The program airs every Friday at 11 p.m. KST via KBS2, so it is possible that fans may even get a sneak peek of a track from his new album live.