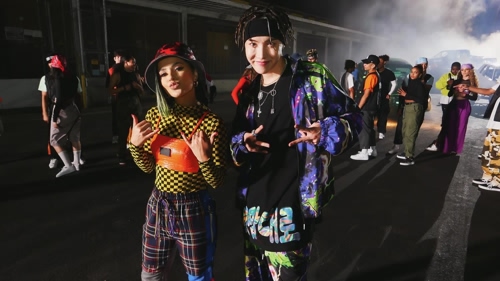 BTS’ J-Hope and Becky G are surely taking the music scene by storm with their collaboration!

Taking the internet by storm last night, the two dropped their own rendition of the popular hit “Chicken Noodle Soup”.

In the morning of September 28, Big Hit Entertainment has shared that J-Hope and Becky G’s collaborative track has already been showing great results just hours after its successful worldwide release.

Receiving support and love from fans, the song is currently dominating the iTunes Top Song charts around the world. Specifically, it impressively achieved the No.1 spot in 69 countries.

Recreating the song originally released by Webstar and Young B, J-Hope and Becky G were able to show off their amazing rapping skills. Aside from spitting fiery verses in Korean and Spanish, the two also impressed fans with their enthralling grooves.

Meanwhile, ARMYs around the world can show their support to J-Hope’s newest track by joining the #CNSChallenge online.