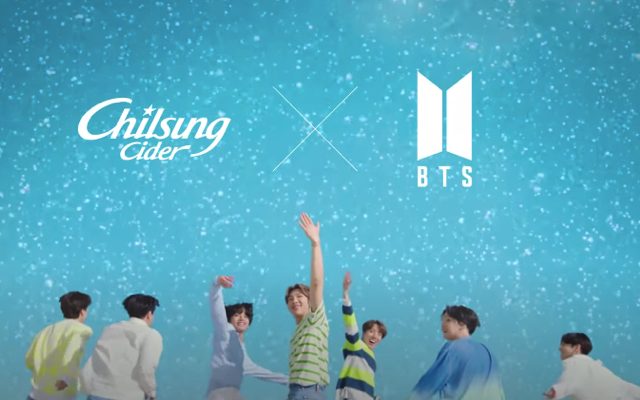 BTS literally sparkles in the new ad for Chilsung Cider.

One of Korea’s most iconic beverage brands, Chilsung Cider, is celebrating its 70th anniversary this year. To mark its extraordinary milestone of longevity, the soft drink brand has recruited BTS as its newest brand ambassadors. 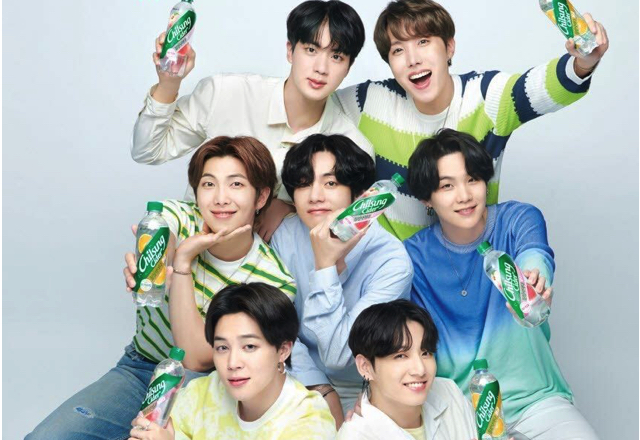 As seen in the promotional image, Chilsung Cider will be bringing refreshing new flavors such as peach and tangerine to the table. The commercial video depicts the seven-piece frolicking and beckoning the viewers with an invigorating blue sparkle as their backdrop.

The playful video clip appears to give the illusion that the K-pop group is immersed in the literal sparkle of the carbonated drink.

The collaboration between the popular beverage brand and the music magnates seems to be perfectly aligned. That is because the number seven corresponds to both parties. BTS has seven members and will be marking their seventh anniversary in the entertainment industry this year.

Coincidentally, aside from turning 70 this year, Chilsung Cider translates into “Big Dipper” or “Seven Stars”. Whether it’s coincidence or just serendipity, the partnership between the boy group and beverage brand has ideal timing. 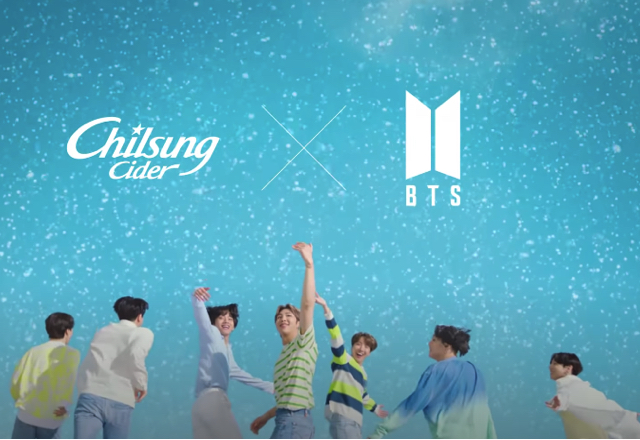 Meanwhile, BTS is gearing up to join the ranks of public figures like Barack and Michelle Obama for the Dear Class Of 2020, an online event by YouTube next month. The live event will serve as a digital graduation ceremony and party for the class of 2020 all over the globe.

Additionally, the boys are slated to hold a live online concert, titled Bang Bang Con The Live, on June 14. The virtual concert will be streamed on YouTube, one day after they celebrate their 7-year milestone as BTS.

With a new beverage ad, another album in the works, and virtual events on the rise, ARMYs definitely have a whole lot of BTS content to look forward to this year.

Hellokpop, as an independent Korean entertainment news website (without influence from any agency or corporation), we need your support! If you have enjoyed our work, consider to support us with a one-time or recurring donation from as low as US$5 to keep our site going! Donate securely below via Stripe, Paypal, Apple Pay or Google Wallet.
FacebookTwitter
SubscribeGoogleWhatsappPinterestDiggRedditStumbleuponVkWeiboPocketTumblrMailMeneameOdnoklassniki
Related ItemsBTSChilsung Cider
← Previous Story BTS’ Jimin, EXO’s Baekhyun & ASTRO’s Cha Eun Woo Named As Leading K-Pop Boy Group Members In May
Next Story → H&D’s Lee Han Gyul Named As Newest Model Of Cosmetics Brand BLANC POOL