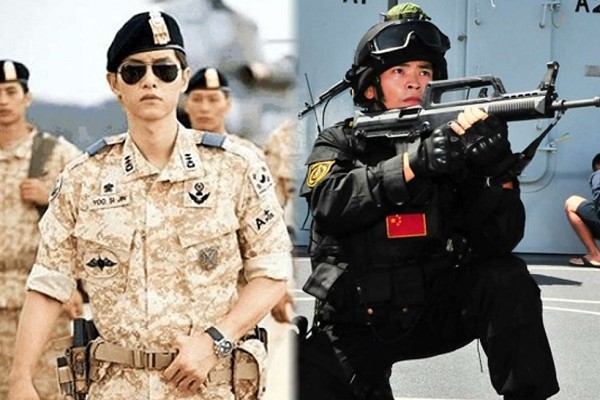 Patriotism is the key.

Earlier on, China’s Ministry of Public Security released a nationwide warning to advise its citizens against watching ‘Descendants of the Sun’ due to the harmful effects on the society.

In what seemed to be a twist, China’s official army newspaper PLA Daily wrote that the local TV industry should learn and make dramas similar to South Korean drama ‘Descendants of the Sun’. This will help the military to improve its reputation and aid the recruitment of new soldiers.

The PLA Daily commentary praised that the mega-hit drama has presented a positive, modern vibe of South Korea’s military forces.

The commentary also said that the show “has shown respect to the audience’s intellect and aesthetic appreciation”, which would make itself a good recruitment notice to motivate citizens to join the army.

Although China has its own military themed TV dramas, they are often being mocked by viewers because of the senseless and uninteresting plots.

Last year, the mainstream media Xinhua news agency posted a commentary, that ridiculed a military themed drama on unbelievable scenes of soldiers trying to down a Japanese military aircraft by throwing rocks and one who tried to tear open a soldier’s body with his hands.