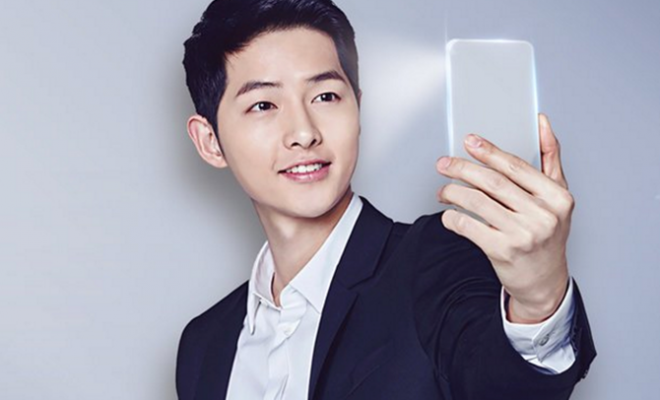 According to media outlet China Daily, the abrupt termination of the contract may be ascribed to the rumored banning of China of Korean programs and celebrities as retaliation to South Korea’s deployment of Terminal High Altitude Area Defense (THAAD).

The Descendants of the Sun star signed a contract with the company, and has appeared on its advertisements since May. The contract is said to worth for more than 22 million Yuan ($3.3 million).

Vivo clarified that despite the termination of the contract, all fees owed to the actor would be paid as Song Joong Ki has no fault in the breach of contract.

Hellokpop, as an independent Korean entertainment news website (without influence from any agency or corporation), we need your support! If you have enjoyed our work, consider to support us with a one-time or recurring donation from as low as US$5 to keep our site going! Donate securely below via Stripe, Paypal, Apple Pay or Google Wallet.
50
SHARES
FacebookTwitter
SubscribeGoogleWhatsappPinterestDiggRedditStumbleuponVkWeiboPocketTumblrMailMeneameOdnoklassniki
Related ItemsSong Joong KiTHAADVivo
← Previous Story BLACKPINK Achieves All-Kill On Charts 2 Days After Debut
Next Story → Male Lead In I.O.I’s Unit Group MV To Debut Next Year