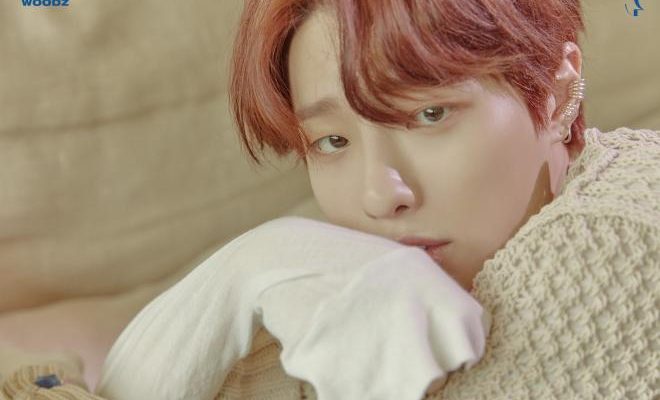 Artist Cho Seung Youn, also known as WOODZ, unveiled his plan of making a comeback with a new mini-album in November. Dropping a couple of teasers as his announcing method, the idol managed to successfully hype up his fans. 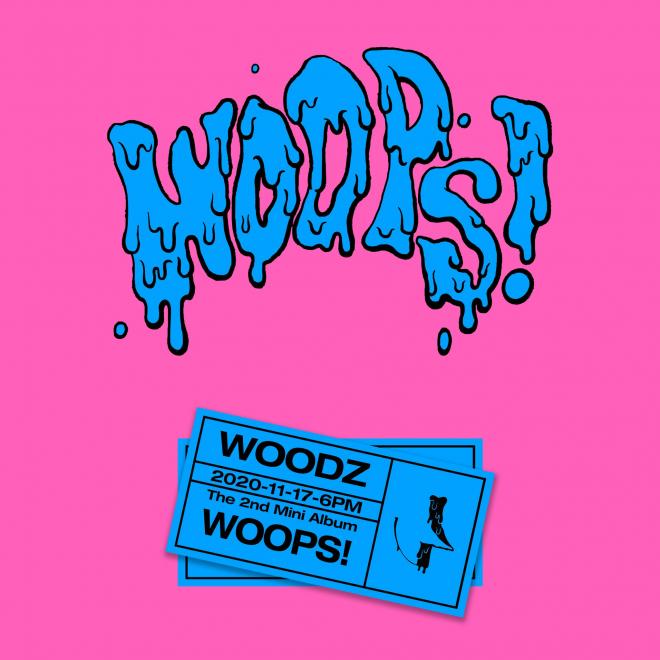 At midnight on November 5, WOODZ uploaded an album trailer and teaser image, officially declaring his comeback. The photo revealed the title of his mini-album WOOPS!, as well as the time of its release. The unique illustration looked like a candle dripping down on a pink background, stimulating the curiosity even more.

Meanwhile, the trailer clip began with the phrase “What’s inside you?”. The short video, reminiscent of a silent movie, captured the attention with a mysterious man wearing a rabbit mask and gradually making his way towards the screen.

Cho Seung Youn announced his new start as a singer-songwriter when he released his first mini-album EQUAL in June. Particularly, he participated in writing the lyrics and composing all the tracks on the list. Through his unique musical color and outstanding ability, WOODZ took a leap forward, capturing the hearts of fans, not only at home but also abroad.

An official from his representative agency stated, “Since the release of EQUAL, WOODZ has put a lot of effort and passion into his new album, in order to not disappoint the fans’ expectations. He will show various aspects and potential through musical growth, so please look forward to it.”