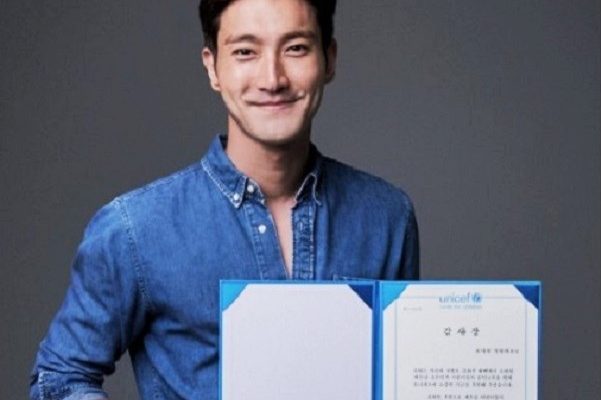 Super Junior’s Choi Si Won has recently received recognition from UNICEF for his work of great merit to the society.

Many fans left congratulatory comments, and expressed their proudness and love to the heartthrob.

In November 2015, Choi Si Won was selected as a special representative of UNICEF’s Korean Committee. Last August, he came to Vietnam just three days after his military discharge for a charity campaign run by UNICEF. He spent his valuable time to visit the locals in the coastal city Da Nang and two districts (Tu Mo Rong and Kon Ray) in Kon Tum province.