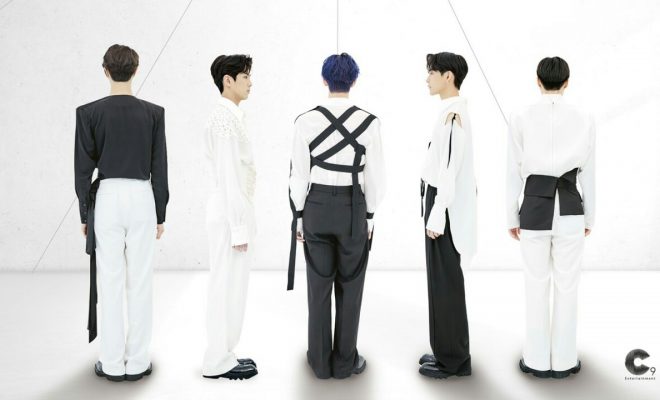 The timer has officially started for CIX as they prep for their comeback!

CIX revealed the timeline for their teaser releases in preparation for their return with a brand new mini-album this June! 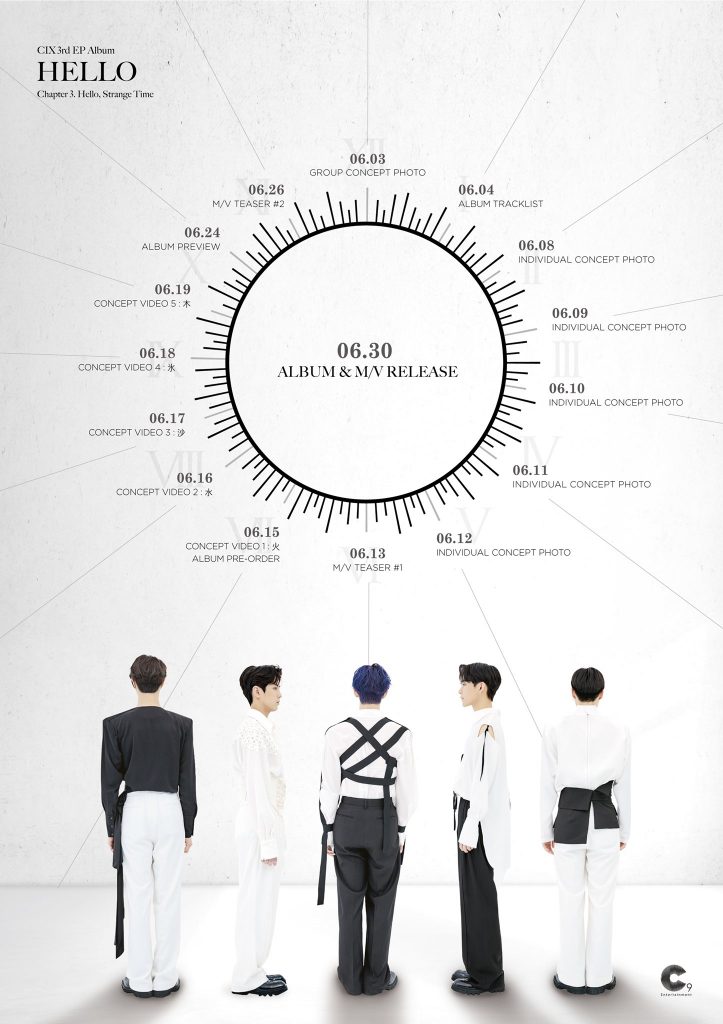 The boy group sets a grand end for the month through their third mini-album ‘HELLO’ Chapter 3. Hello, Strange Time, which is slated to be unveiled on June 30. This was revealed through the release of their promotional teaser schedule on the midnight of June 1.

Promising an entire month loaded with new teasers, CIX will be dropping their first teaser, which is a group concept photo, on June 3. This will be followed by the new mini-album’s tracklist right away on the next day, as well as a series of concept photos from June 8 to 12.

Aside from the schedule reveal, the list also caught fans’ attention with the photo of CIX that came along with it. On the poster, all members had their backs turned towards the camera, except for Yong Hee and Seung Hun who were facing sideways and turning towards each other.

Meanwhile, pre-order for Hello, Strange Time will open on June 15. Last May 28, the group also fascinated their fans with a mystifying animated teaser poster.

Hello, Strange Time marks the continuation of their HELLO series, which began with their debut mini-album Hello, Stranger. Headlined by the electrifying song “Movie Star”, the mini-album was followed by another hit release titled Hello, Strange Place. Led by the meaningful song “Numb”, this second mini-album graced the K-Pop scene in November 2019.