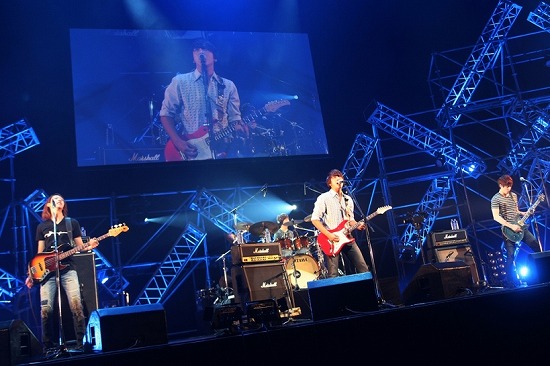 CNBLUE has concluded its fan event at Pacifico Yokohama on a good note.

The band hosted a release event on September 10 to acknowledge the release of its first Japanese album, CODE NAME BLUE. CNBLUE performed a series of track including With Me, Have A Good Night, and Wake Up.

At the showcase, CNBLUE cordially expressed their appreciation to their fans. They said, “We decided to title the album ‘CODE NAME BLUE’, because we thought this album expresses all of us. It’s an album that contains tracks of various genres. It’s all thanks to your amazing support that we could become so successful. We will come back with Arena Tour in October. Thank you so much.”

Moreover, the album received a lot of support from fans and even topped Oricon‘s daily and weekly charts upon its release on August 29.