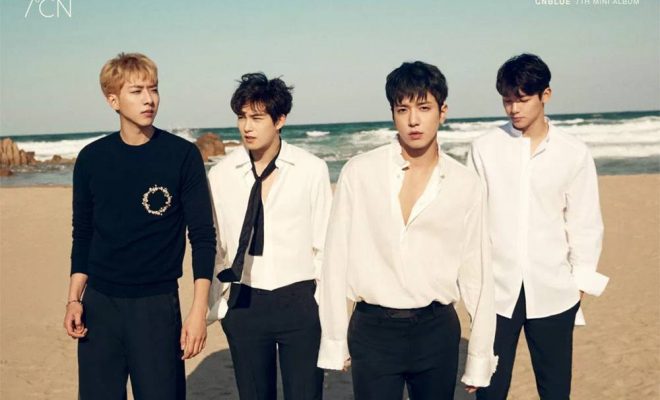 Despite the conflict between Seoul and Beijing due to the on-going Terminal High Altitude Area Defense (THAAD), Korean pop is still showing its influence in the region with its idols topping charts.

After JYJ‘s Jaejoong‘s album ‘No.X’ took the title as favorite album of 2016 in China, Korean band CNBLUE reigned high on a Chinese music video chart with its newest release.

The members participated in the composition and writing of all six songs in the album. Leader Yong Hwa, once again, took charge of the group’s title song. Songs such as It’s You, Calling You, When I Was Young, Royal Rumble and Manito completed the album’s track list.

The music video for the title track was also released on March 20. CNBLUE is set to begin its live show promotions this week, starting with Mnet’s ‘M! Countdown’.

Watch CNBLUE’s return with Between Us below.