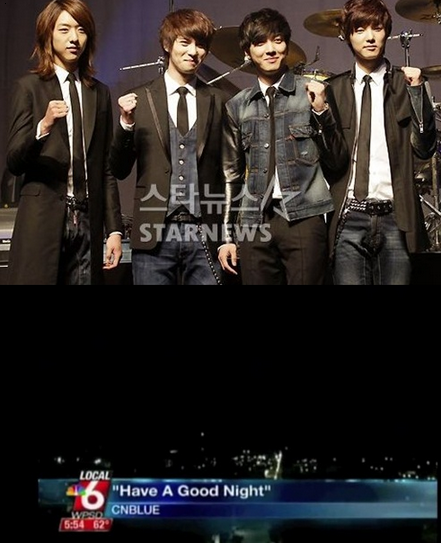 The song, Have a Good Night, composed by the leader of CNBLUE, Jung YongHwa, recently showed up on the American news.

It was shown on October 23 (local time) during WPSD Local 6 and it appeared during the talk about morning coffee. WPSD Local is a famous channel that broadcasts in a lot of places in the United States such as: Kentucky, Illinois, Missouri, Tennessee, Arkansas. Moreover, in August, this channel  showed Jung YongHwa once again, that time talking about his song One Time.

Have a Good Night was released on October 29 as part of the first Japanese album, Code Name Blue, featuring writing and composition by Jung YongHwa. Only in the first week, 44,000 copies were sold and the album was the #1 on the Oricon Chart.