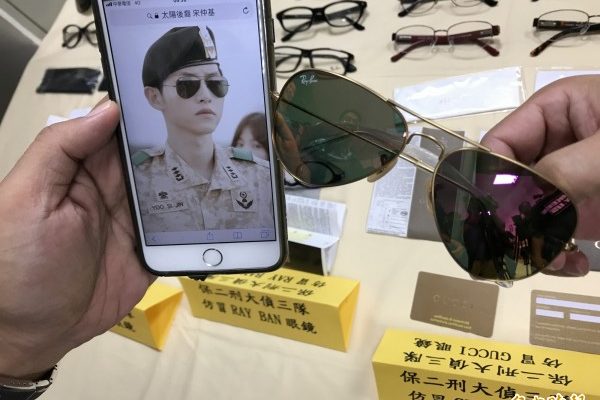 Descendants of the Sun still

Arrested: Counterfeits Of Sunglasses Worn By Song Joong Ki In “Descendants Of The Sun” & Jun Ji Hyun In “My Love From The Star”

The iconic sunglasses that Song Joong Ki wore for hit drama Descendants of the Sun has not only become every fan’s favorite, but also the target of counterfeit products.

On June 28, a male suspect with the family name Cai was arrested by the police in Taiwan on suspicion of selling counterfeit goods, with one of the best selling products to be the sunglasses which the Descendants of the Sun main star Song Joong Ki wore. 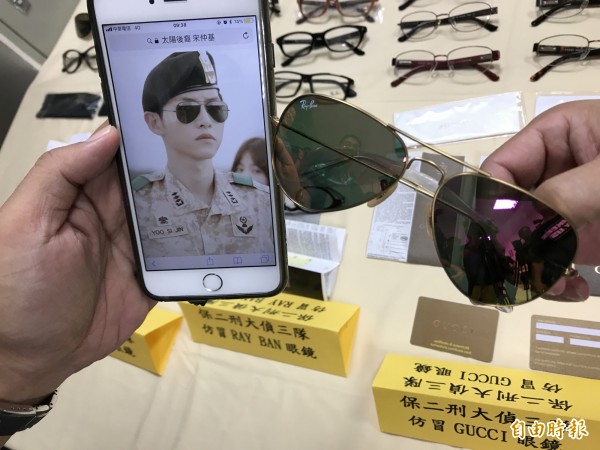 The accused was found selling at least 515 pieces of counterfeit sunglasses of various luxury brands such as Gentle Monster, Ray Ban, Chanel, Gucci, Dior and other international brands, with a total value worth of 5 million TWD (US$164,300).

The coating of the fake Ray Ban sunglasses is reported to be easily scratched off by fingernails, which resulted the victims to make the police report. 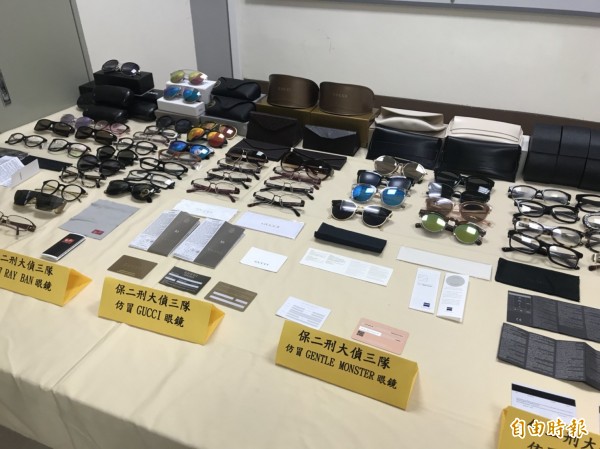 Last year, the police received information that a Facebook user by the name of Winson Txxx was publicly selling the imitation products of Gentle Monster, Ray-Ban, Chanel, Gucci, Dior and other well-known sunglasses brands.

The prosecutors said when the police went for the raid, the shopkeeper was very cautious by mixing the genuine and fake products together. He would only bring out the fake products to sell to unsuspecting regular customers. The shop was even running a promotion that targeted to attract customers for “well-known brand direct factory price! With lens and frames less than 1,500 TWD”. 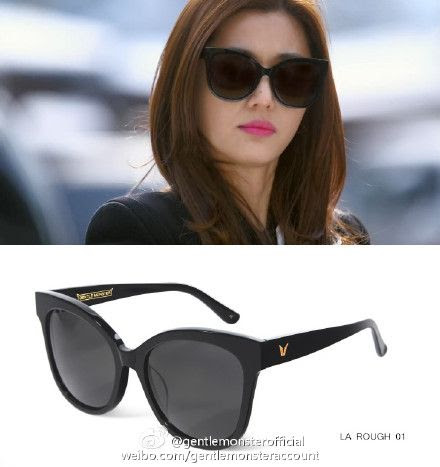 To nab the accused, the police had carefully planned the operation by planting customers to visit the shop several times in order for the shopkeeper to let down his guard and reveal the counterfeit sunglasses.

The 42-year-old accused even deliberately provided fake QR codes of the products to dupe customers as genuine imported products. Because the appearance of the imitation products can be difficult to differentiate, the police had to send four of these glasses overseas for further examination by the original manufacturers.

FacebookTwitter
SubscribeGoogleWhatsappPinterestDiggRedditStumbleuponVkWeiboPocketTumblrMailMeneameOdnoklassniki
Related ItemsSong Joong Ki
← Previous Story Woo Young To Be The Third 2PM Member To Enlist
Next Story → Park Eun Ji Demonstrates How Makeup Amazingly Changes Her Bare Face, Nothing To Be Ashamed About