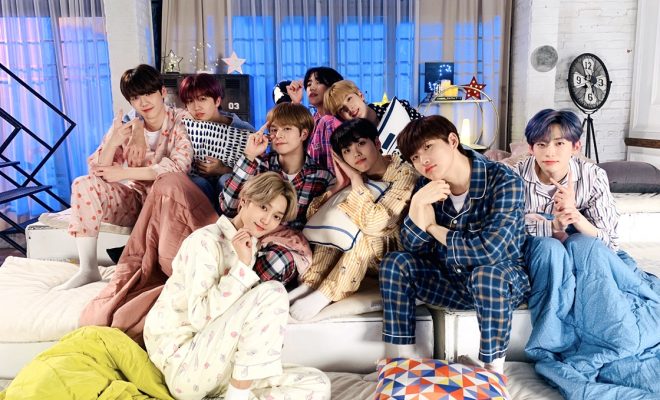 CRAVITY Charms Their Way Through Their “LieV” Broadcast

CRAVITY endear fans with their first ever nupbang(lying down) live broadcast on Naver V LIVE!

The nine members reminisced about their time around their debut which they communicated with the global fans. 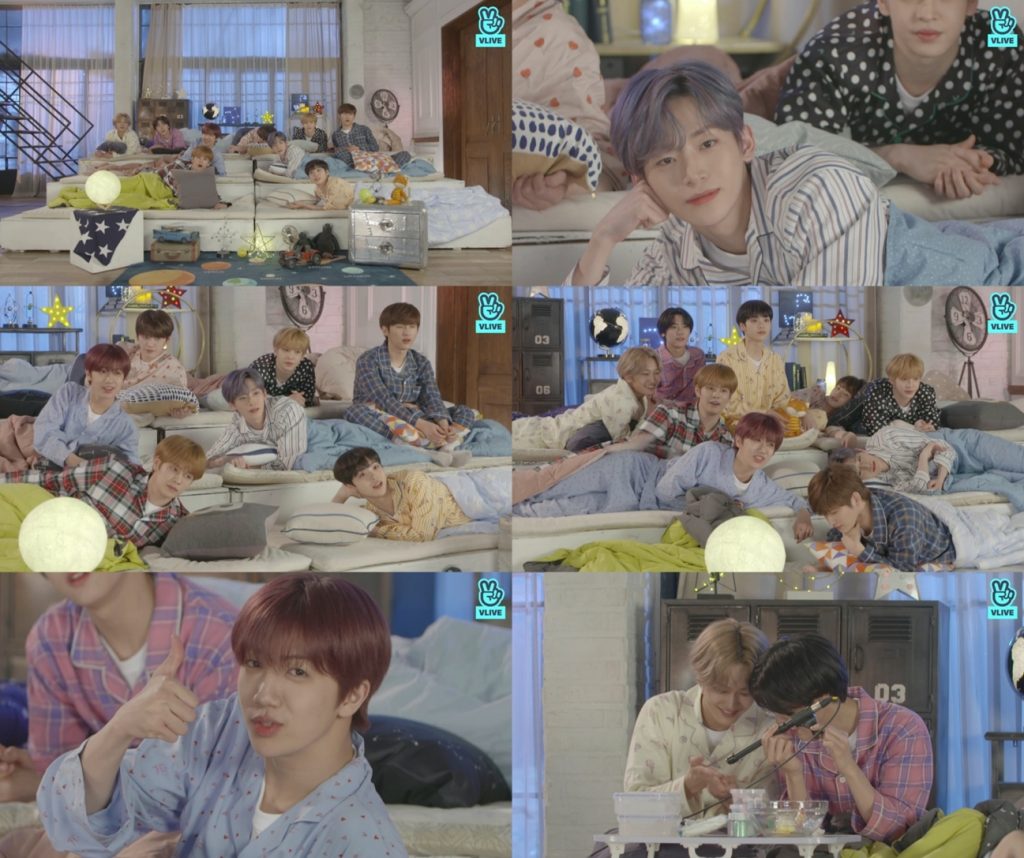 Dressed in cute pyjamas, the group’s enthusiasm was quite infectious as they opened the live with an adorable check in attendance with the members.

Talking about the livestream, CRAVITY’s leader Serim asserted, “The theme of the nupbang is ‘WE’ since WE made our debut just two weeks ago.” Jungmo and Wonjin cheerfully recalled the celebration they had at the company as well as the party they had, enjoying delicious food at their dorm. 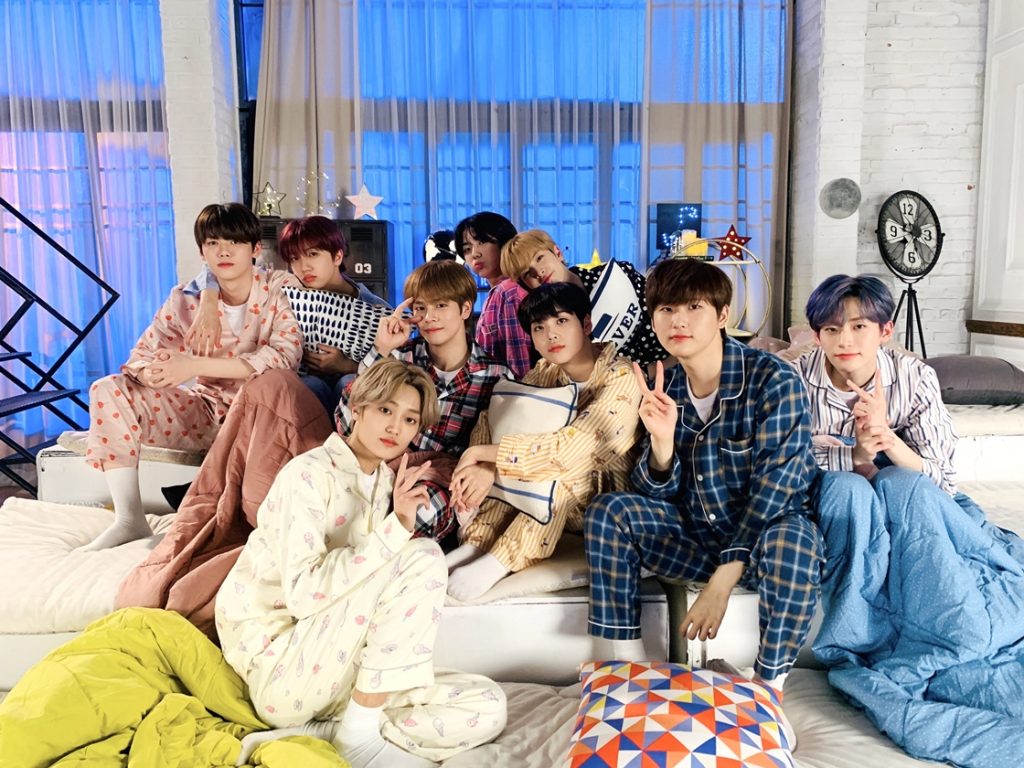 Elaborating on the theme, CRAVITY expressed that they are never lonely with each other around and they have a very strong bond amongst themselves. They add how they are always there for each other when they want to talk, share secrets and TMI or do things.

Allen conveyed to fans that, he wishes to not get sick and be happy and healthy always while Woobin promised his fans, “I will always be there.” 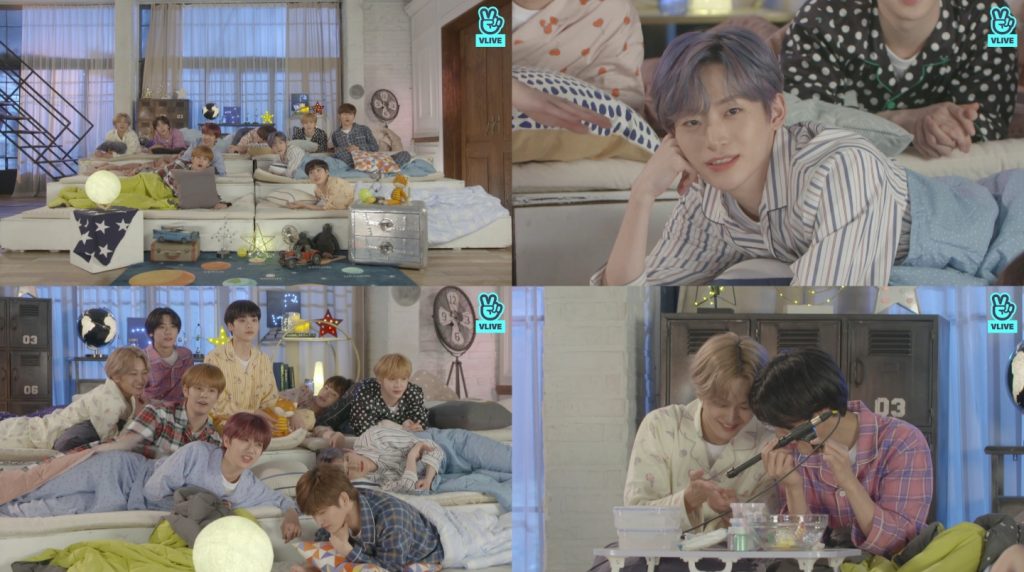 CRAVITY got a little creative when they chose Wonjin and Minhee as the members who showcased different sides of themselves in the dorm and in the nupbang and spoke of their candid and natural aspects as well.

Taeyoung and Seongmin thoroughly engaged fans with their slime ASMR which was indisputably and evidently entertaining, for both the audience and CRAVITY as well. CRAVITY said, “We were very worried about trying nupbang for the first time, but it was a lot of fun, and we wish for the fans to sleep well. It was a meaningful and good time.” 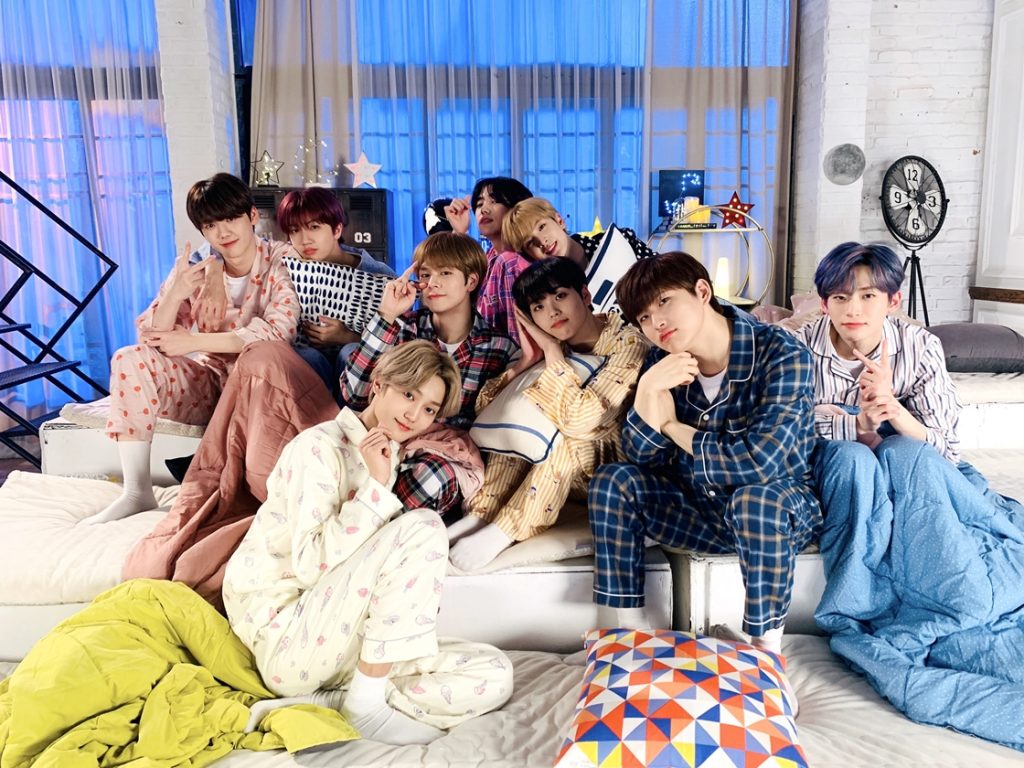 Despite the live being aired in the latter half of the day and inspite of them being a rookie group, CRAVITY captivated audiences and proved yet again, that they’re the new kids on the block to watch out for. They garnered over 370,000 views and about 50 million hearts on their ‘LieV’ broadcast.

Meanwhile, CRAVITY’s debut album Hideout: Remember Who We Are – Season 1, has created a lot of waves. It has been widely appreciated by fans worldwide especially for their title track, “BREAK ALL THE RULES,” that was applauded for the members’ strong demeanour and visuals.