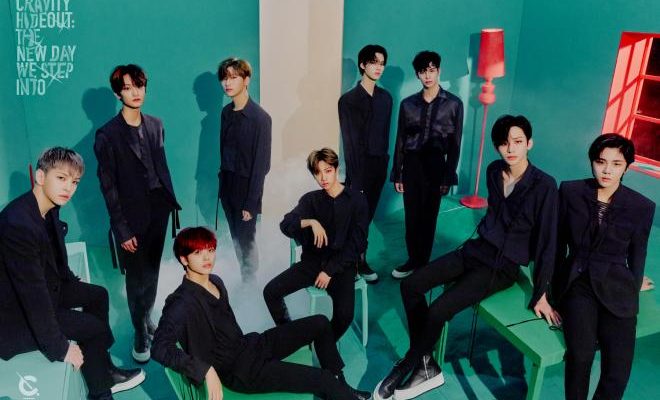 Make way for the Super Rookies of the year as CRAVITY take the crown on Japan’s Tower Records’ chart!

CRAVITY has attained yet another achievement by topping the Tower Records Albums Charts even before their official debut in Japan. According to Tower Records’ official website, the group topped the weekly chart of Japan’s Tower Records with their full-length album CRAVITY SEASON 2. HIDEOUT: THE NEW DAY WE STEP INTO.

Recently it had also been revealed, according to the Hanteo Chart, that CRAVITY has sold 82,254 copies of their second mini album CRAVITY SEASON 2. HIDEOUT: THE NEW DAY WE STEP INTO, which was released on August 24. The album also topped the weekly record chart. It showcased a steep rise of 154% compared to the record of the group’s debut album CRAVITY SEASON 1. HIDEOUT: REMEMBER WHO WE ARE that released in April this year.

CRAVITY’s comeback album is testament to the multi fold talents of the group as members Serim and Allen showcased their musical capabilities as lyricists on two songs, namely “Believer” and “Realize”.

For a rookie group who only debuted this year, CRAVITY is emerging as a global artist especially after ranking at No. 1 in the Hanteo Chart’s first half album chart, No. 20 in the first half of 2020 album chart released by Gaon Chart, No. 1 in seven regions on iTunes’ Top K-pop album chart, and No. 12 on the Billboard Social 50 chart among others.

CRAVITY achieved their very first music show win on SBS MTV’s “The Show”. On September 1, the group ranked at No. 1 on the SBS MTV’s “The Show”. The scoring included the album chart score, votes from netizens, and score from their video votes. In total, they received 6,070 points. The group is the first rookie group that debuted this year to have a win on a music show.

In addition to that, immediately after the broadcast, the hashtags “Flame1stWin,” “CRAVITY,” and their fandom name “Luvity” topped the world’s real-time trends on Twitter.