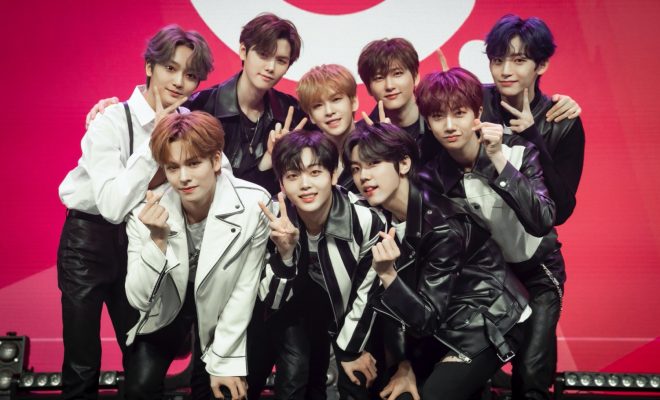 CRAVITY is ready to charm LUVITY with their self-created content on V Live!

Set to take fans on a sweet stroll full of activities, the group is all geared up to launch their own entertainment show titled CRAVITY Park.

Gearing up for the broadcast of its full first episode on June 1, CRAVITY already gave an insight on the upcoming show after revealing two short clips on their official V Live channel. 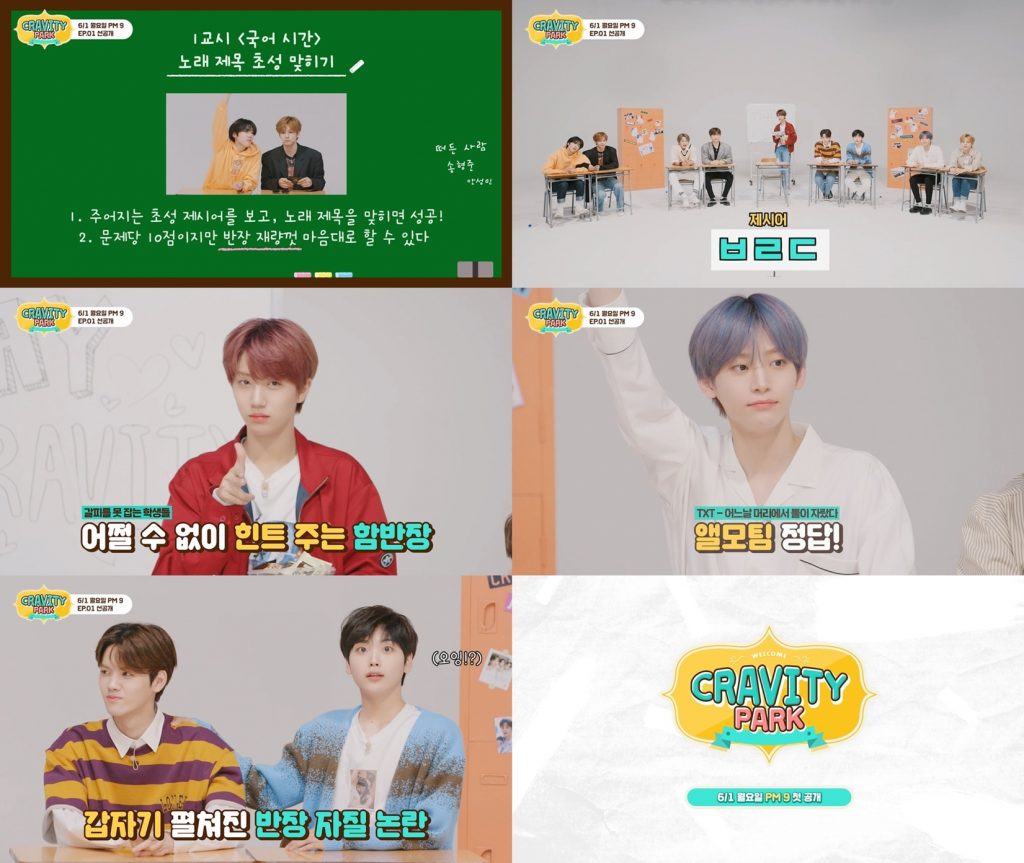 The episodes of CRAVITY Park will be available for their fans on their V Live channel. This fun series will showcase different sides of the rookie group through different and refreshing concepts.

A ‘Park’ Full Of Fun Experiences

Prior to the broadcast of the full episodes, CRAVITY unveiled two charming short clips. The first clip introduced the group’s upcoming series, while the second clip titled “VITY School” further showed off their individuality in an adorable manner.

In “VITY School,” the nine members showed off their multifaceted personalities with Serim flaunting his fashionable side, Allen showing off his musical prowess, Taeyoung showing his athletic abilities, Jungmo exuding his mature charms, Woo Bin belting out an emotional ballad, Sungmin being his cute and lively self, and Hyungjoon speaking in the Tongyeong dialect. Wonjin also stood out as the school’s best student next to Minhee who charmed with his 4D personality. 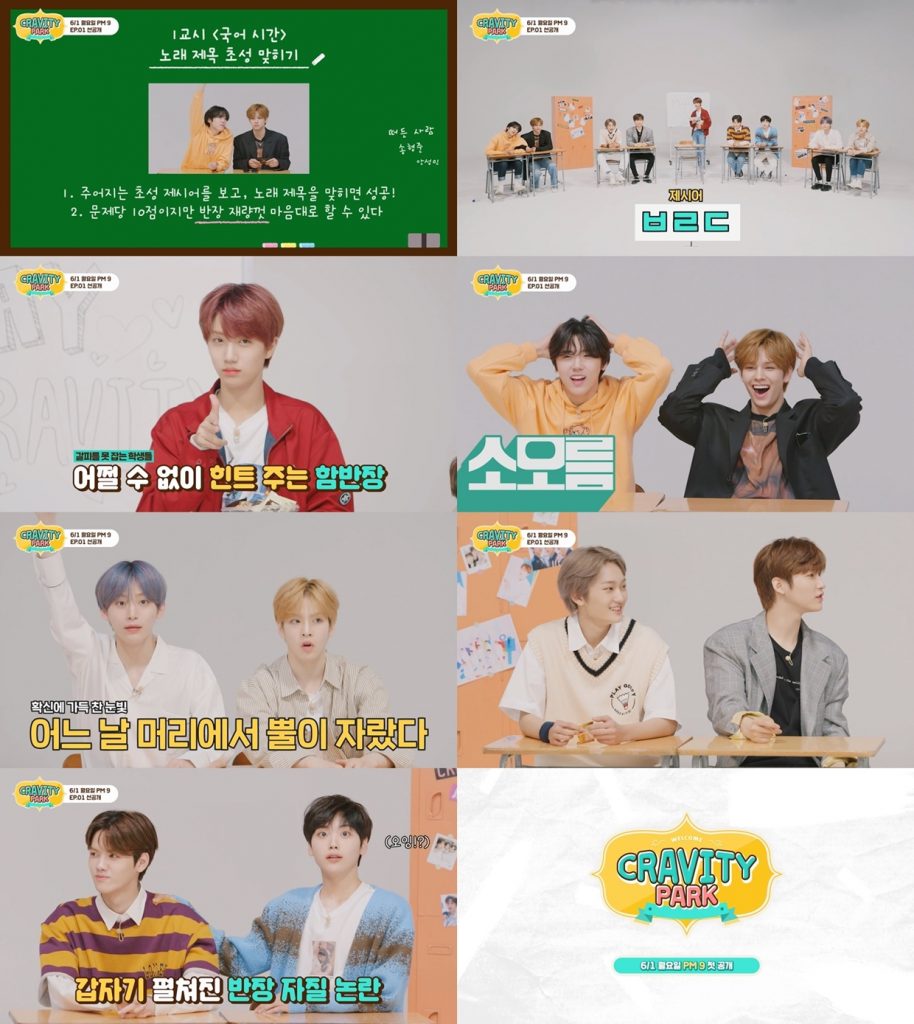 In the first look of the upcoming episode, CRAVITY took part in an interesting challenge. The group had to guess the song and had to do so by guessing with just its initial consonants.

The clip surely had many of CRAVITY’s fans rolling with laughter as the boys put on quite an entertaining show. They also fascinated fans as they sang, danced, and even wailed to some of the songs. The snippet has raised expectations and piqued LUVITYs’ interest for what’s in store with the show.

CRAVITY Park will be released every Monday at 9PM KSR on Naver V Live. The first episode will air on the group’s channel on June 1.