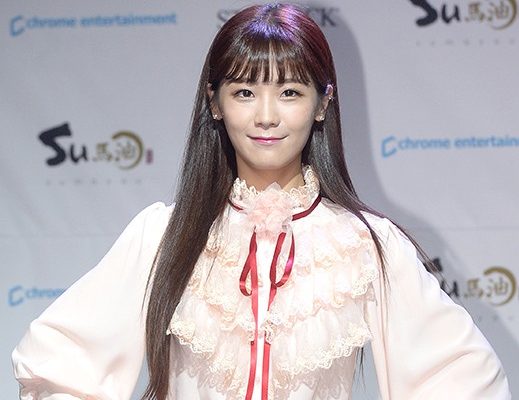 Crayon Pop recently just made its comeback with a new album, titled Evolution Pop_Vol.1, along with title track Doo Doom Chit. Just few days into the promotional activities, member Soyul was announced to halt activities due to panic disorder.

In a statement through media outlet Tvreport on October 4, Soyul was diagnosed with panic disorder when she was preparing for this comeback.

She has carried on with the performance at last week’s SBS Inkigayo as she wanted to. It was not just Soyul alone, but also a difficult decision to make for the member as well.

For the time being, Crayon Pop will continue with four members for promotional activities.

We hope for a speedy recovery for Soyul!

We need your support! If you have enjoyed our work, consider to support us with a one-time or recurring donation from as low as US$5 to keep our site going! Donate securely below via Stripe, Paypal, Apple Pay or Google Wallet.
FacebookTwitter
SubscribeGoogleWhatsappPinterestDiggRedditStumbleuponVkWeiboPocketTumblrMailMeneameOdnoklassniki
Related Itemscrayon popSoYul
← Previous Story Ailee Has Star-Studded Featurings For Comeback Album
Next Story → Song Hye Kyo To Commemorate 20-Year Milestone With Special Fan Meeting