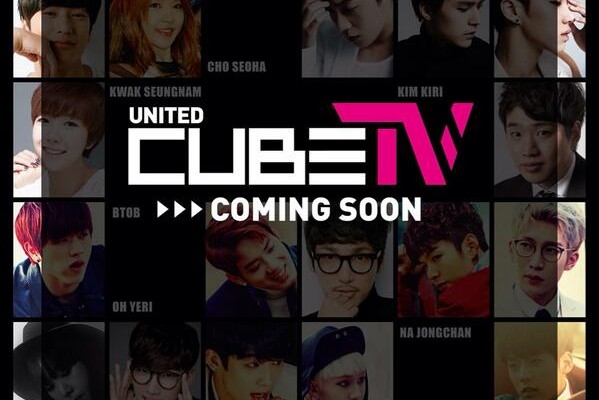 By Aivin | May 23, 2014
FacebookTwitter
SubscribeGoogleWhatsappPinterestDiggRedditStumbleuponVkWeiboPocketTumblrMailMeneameOdnoklassniki

Cube Entertainment announced that they will be launching a new program called, United Cube TV.

Judging by the teaser released, the program will be featuring all of Cube Entertainment artists, including Beast, Rain, 4Minute, G.Na, BTOB, Roh Jihoon and more.

The program is set to be release via Cube Entertainment’s official YouTube channel. More details to come.

Hellokpop, as an independent Korean entertainment news website (without influence from any agency or corporation), we need your support! If you have enjoyed our work, consider to support us with a one-time or recurring donation from as low as US$5 to keep our site going! Donate securely below via Stripe, Paypal, Apple Pay or Google Wallet.
FacebookTwitter
SubscribeGoogleWhatsappPinterestDiggRedditStumbleuponVkWeiboPocketTumblrMailMeneameOdnoklassniki
Related Items4MinuteBEASTBTOBCube EntertainmentG. NARainRoh JihoonUnited Cube TV
← Previous Story SM confirms Kris not joining EXO concert, faces difficulties with changes
Next Story → Yuna Kim and MFBTY reveal music video for ‘Without You Now’