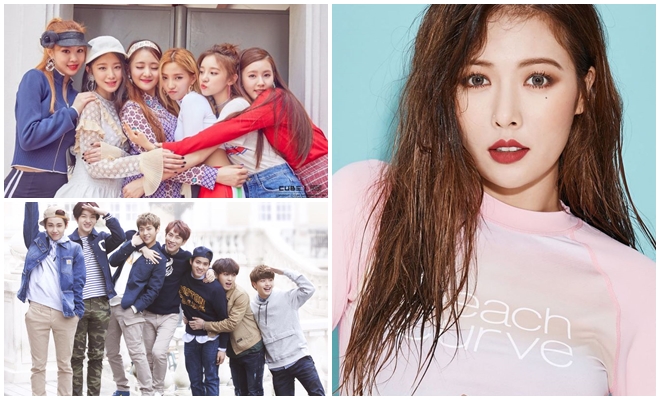 By Thuy Duong | May 6, 2018
FacebookTwitter
SubscribeGoogleWhatsappPinterestDiggRedditStumbleuponVkWeiboPocketTumblrMailMeneameOdnoklassniki

This will be a great chance for all Cube Entertainment’s artists to reunite!

Cube Entertainment recently announced through its official SNS that it will hold a family concert titled UNITED CUBE -ONE-. The upcoming event is scheduled to take place at KINTEX, Ilsan on June 16.

This is also the first time the agency launches a family concert after five years since UNITED CUBE – CUBE PARTY in 2013. 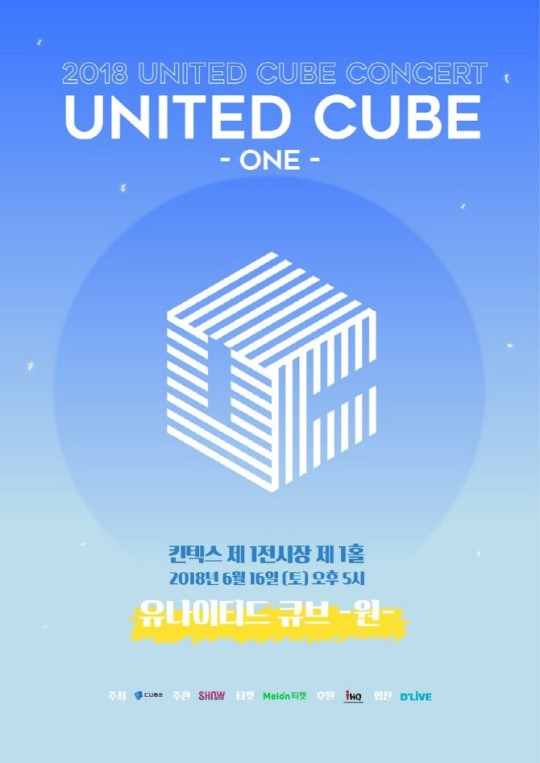 It is reported that many Cube Entertainment’s stars and idol groups, including HyunA, Jo Kwon, BTOB, CLC, PENTAGON, Yoo Seon Ho and rookie girl group (G)I-DLE are confirmed to take part in the event.

The company raises fans’ interests by affirming the grand event. “We are preparing for special performances that can only be seen at the United Cube Concert”, an official from Cube Entertainment said.

Tickets for Cube Entertainment’s upcoming family concert will be sold beginning May 9.