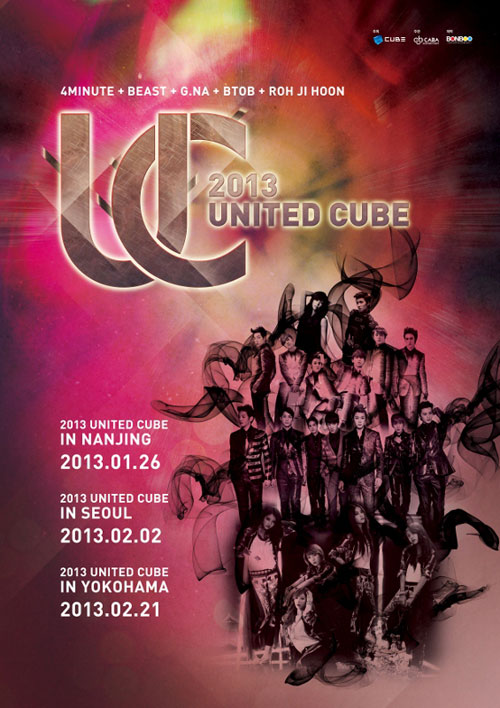 CUBE Entertainment will be opening a family concert 2013 UNITED CUBE Concert early next year in Korea, China, and Japan. The artists of the agency, BEAST, 4Minute, G.NA, BtoB, Roh Jihoon will be performing and showing their special stages during the concert.

In August of 2011, they started with the UNITED CUBE Concert-Fantasy Land in Seoul, then went to Japan with about 10,000 fans. Following the December of that year, theywent to the UK as well as Brazil, and both were all very successful.

It will be their first time to have a United Cube Concert in China this coming January 26 2013, with Seoul right after on February 2 and Japan on February 21. You can check out through their official YouTube channel as they greet their fans and give more information about the upcoming concerts.