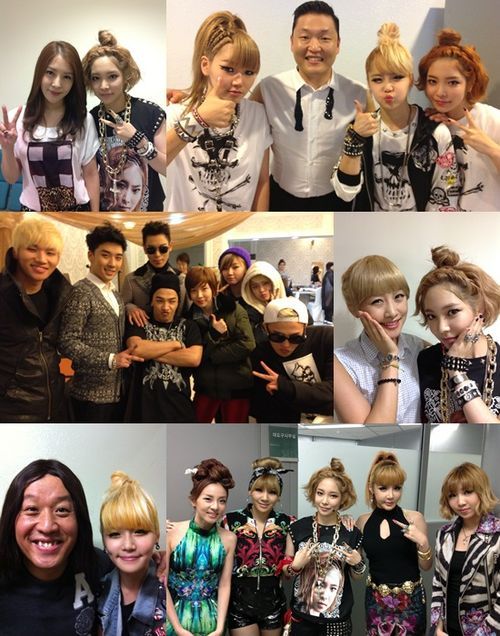 Even though D-Unit deems to have its own colors as a group, its core members Ram, Ujin and Zin never miss a chance to blend in with their successful seniors. Ever since their debut last August, the talented hip-hop group from D-Business positioned itself as most insiders’ favorite. Though emerging from a new born company, their connections are well spread across the K-pop map and anchored in YG Entertainment where Ujin was still a trainee this time a year ago.

It is also commonly known that D-Unit inherited the prominent basis of their fans through Ram’s sisterhood with T-ara‘s Boram. And she isn’t the only CCM star linked to D-Unit as SPEED‘s Taewon recently uploaded a selca exhibiting a D-Unit stage shirt. After Hyuna and Lee Hi recently, none other than BoA, 2NE1, BIGBANG, Kara‘s Nicole and Jung Jun Ha have taken the time to capture a moment with one or some members of D-Unit.

This kind of exposure always benefit rookie artists and the members of D-Unit certainly hope it will help widen their reach as serious and talented artists. They have yet to make an impact on music charts though each new release has marked an improvement in sales. These are still early days for D-Unit and the simple fact that about half of its material is self produced, lessens the financial pressure rookie idols can face while boosting each member’s own profit.

From talent, support and independence, D-Unit seems to have all the keys to break into the major tiers of the K-pop scene. 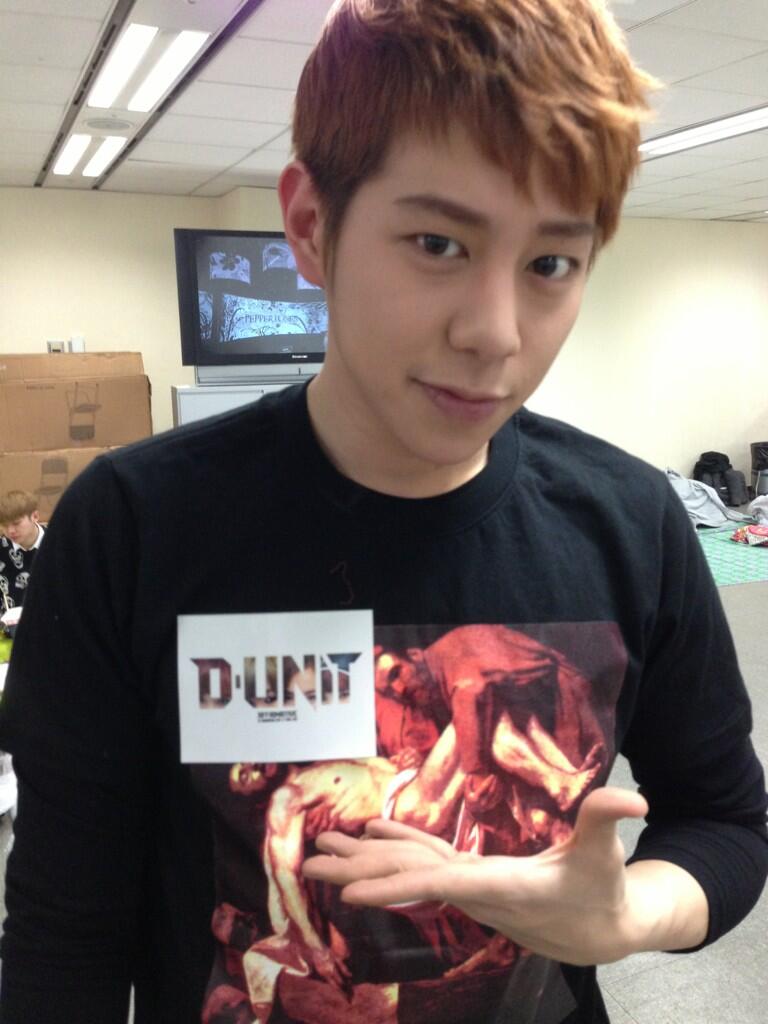