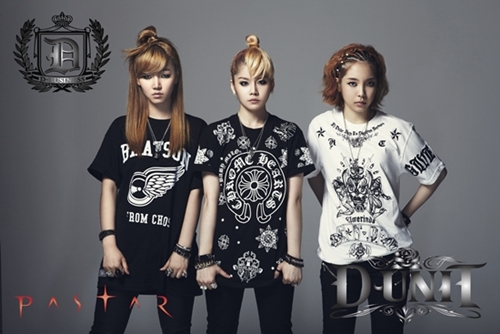 Although D-Unit has not made their official debut, the band has garnered much attention and will be holding their second fan meeting in Tokyo on July 7 and 8. Pasta Entertainment announced that D-Unit will hold a mini-showcase at the fan meeting to perform two tracks from their debut album, Before the Weekend Comes and Sleeping In.

Member Wooram, and sister of T-ara‘s Boram, voiced her thoughts on the second fan meeting:

“My heart is pounding fast to be introduced in Japan before our official debut in Korea. I hope it goes well just like our recent fan meeting we had in Seoul.”

According to CEO Bang Yoon Tae, many Japanese agencies have found an interest in working with the band. He said,

“I’m happy that the girls are getting much attention and receiving business offers but that gave me thoughts about preparing the girls more for their future activities.”

Judging by the teaser images released by Pasta Entertainment, D-Unit is expected to make a powerful debut, what do you think?