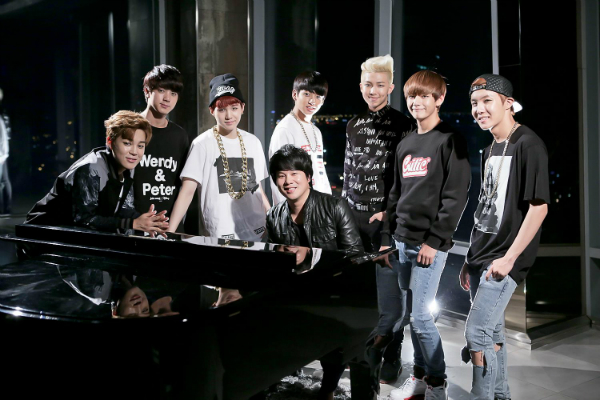 Big Hit Entertainment revealed that BTS (Bulletproof Boy Scout) is having a collaboration project with a Vietnamese artist Thanh Bui to make a remix for one of BTS’s greatest hits “Danger”!

Thanh Bui is a well-known Australian-Vietnamese artist and also the co-composer of BTS’s original Danger from their album “Dark and Wild” that has swept top spots on many charts. Not to mention that it was Thanh’s first connection to the Kpop industry.

The company posted series of photographs of the boys and Thanh working on the song at a grand piano, causing fans to wonder about the new style of the song. This new track entitled as “Danger (Mo-Blue Mix)” is scheduled to be released on November 21. 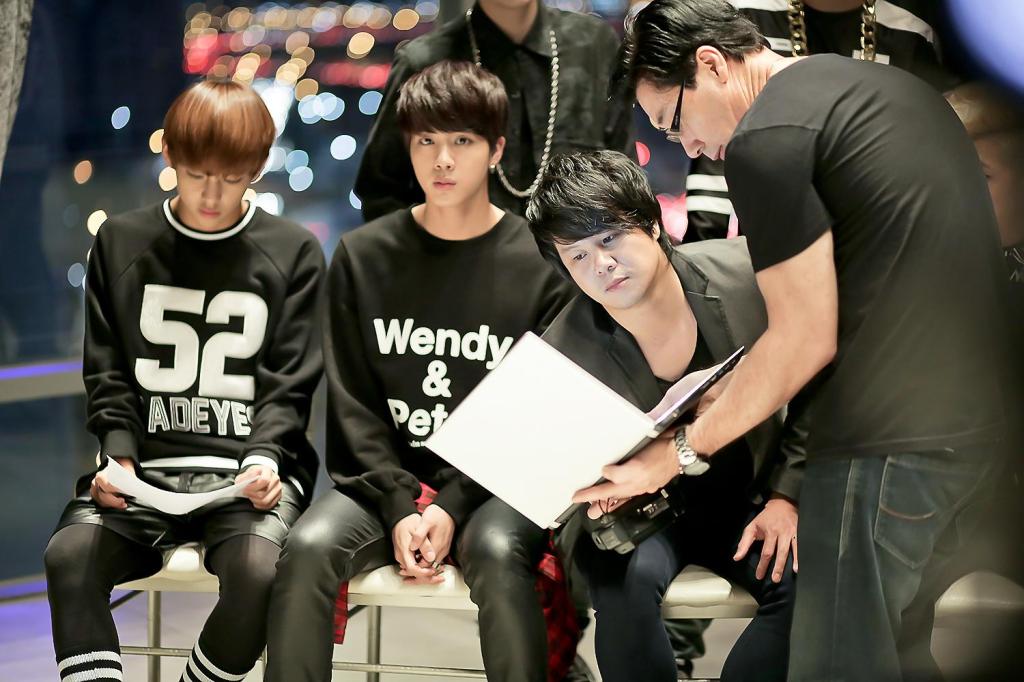 The energetic JYP‘s boy band GOT7 is getting ready for their comeback with their first full album “Identify”! The title track “Stop Stop It” that will have its full MV released on November 17 revealed a 15 seconds teaser on November 11, featuring JB and a girl who came in and linked his arm out of the blue. What happen next, we’ll have to wait.

As an addition to the original GOT7’s “Identify” concept photos that was released on November 6, a new set of exclusive photos is unveiled through Naver Music Page.

GOT7 will also be having a showcase on November 17 and release their full album online on the following day. Watch “Stop Stop It” MV teaser here!

The new YG Entertainment‘s unit of golden vocalists HI SUHYUN, consisting of Lee Hi and Akdong Musician‘s Lee Suhyun, is storming to top spots on Music charts in less than 24 hours after their digital single “I’m Different” was released on November 11. The song received positive responses from netizen regarding to Hi Suhyun’s powerful voices with playful vibe, featuring iKon‘s Bobby that added more colour to the track.

Even the agency has expressed their surprise to such great response and announced that there is a high possibility for HI SUHYUN to extend their activities due to great support.

A music video for “I’m Different” is scheduled to be revealed later, but the agency have hinted that it is going to be a love triangle between Bobby, Lee Hi and Lee Suhyun.

That’s it for our daily hellokpop news update, powered by Asian Pop Radio Australia. Visit our Facebook for the latest Kpop news.

Written and voiced by Jam Chittaphu.