Rookie boy group, HOTSHOT, were involved in a car accident while making their way to a fan signing event in Ilsan.

The boys had wrapped up their performance on MBC’s ‘Show! Music Core’ when the rear of their vehicle was hit by another car on Gayang Bridge.

According to reports, the members refused to cancel the fan signing event and did not go to the hospital until after it had ended. Fans of TVXQ celebrated the groups 4000th day with a hash tag that read #TVXQ4000Days.

Cassie’s expressed their love for the boys by posting heartfelt messages and pictures of the group including both former and current members.

Due to all the love and support shown by fans, the hash tag climbed its way into Twitter’s worldwide trends. 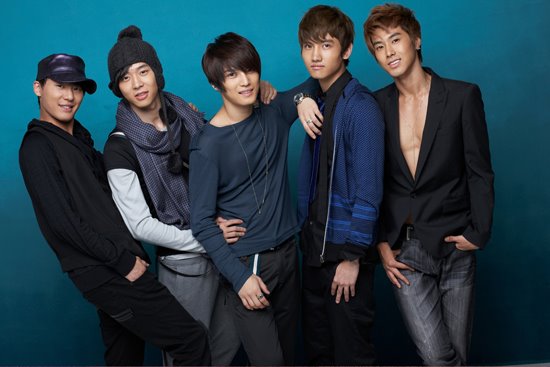 The boys of Super Junior will be starring in their very own reality show!

The show is set to air at the end of this month and will showcase the members time spent while in Switzerland.

MBC have already released the programs first teaser, which shows Leeteuk and Eunhyuk hang gliding through the Swiss air.