Finally it’s Friday and we are here once again to brighten up your day with the hellokpop’s express news update, powered by Asian Pop Radio Australia. 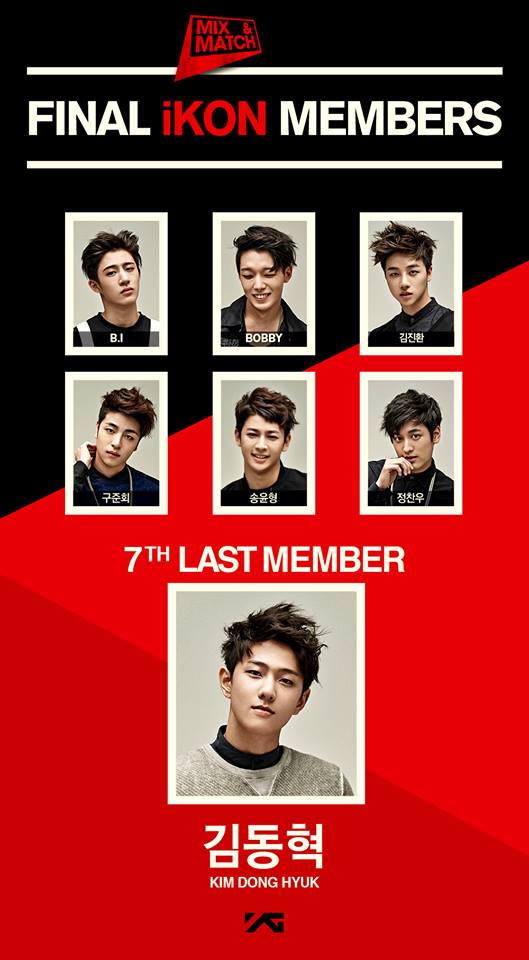 Donghyuk is revealed as the 7th and last member of iKON. Pic Mix & Match Facebook Page

Members of iKON are selected from MIX & MATCH survival show by votes from YG artists and the audience. After shedding tears and sweat through the tough challenges within the show, Donghyuk is announced as the successful final member in Episode 9 of Mix & Match broadcasted on November 6 11pm KST.  Donghyuk now joins B.I., Bobby, Jinhwan, Jun Hoe, Yun Hyeong and Chan Woo for their debut as iKON next year. Fans rejoiced that all original members of Team B are united!

Congratulations to Donghyuk and iKON! We can’t wait to see what this new sensational group with great talents has to show us. Click the link below for a playlist of their past performances!

Guess who in SM Entertainment is having another solo debut? It’s Kyuhyun from Super Junior! 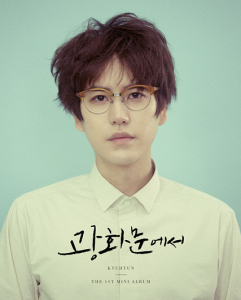 Kyuhyun is now the third male soloist from SM Entertainment this year after SHINee’s Taemin and Super Junior-M’s Zhoumi. He is set to have his very own album “At Gwanghwamun” to be released on November 13, as announced by SM yesterday. Teaser photos for the album have been unveiled, along with an official website dedicated to his solo activities. The teaser photos hinted a calm, sweet, and romantic concept for Kyuhyun for the autumn season.

Well known for his beautiful voice as shown in Super Junior activities and musicals, fans are looking forward to hear Kyuhyun’s singing ability at its best. 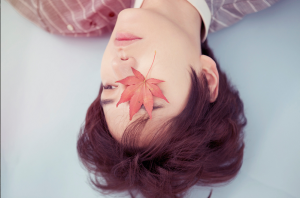 Are you excited about AOA’s upcoming album “Like a Cat”?

After the cat spotlight teaser and preview of songs from the album with a highlight medley, the girls continue tease the fans with a MV trailer released earlier today. The video shows AOA as spies, using their charisma and flexible moves as their weapon.

Full version of Like a Cat MV and the mini-album online release will be out on November 11 at 12am KST. Offline album will be on November 13. AOA will also be hosting a showcase on November 10. Mark your calendar to keep up with AOA’s comeback!

This has been hellokpop daily express news update. Head over and follow Asian Pop Radio on Facebook and check out all our latest updates from hellokpop.