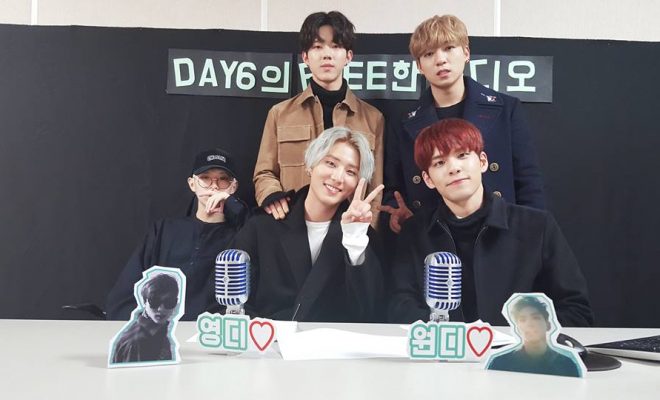 DAY6 Going All Out In 2017; To Hold Concerts And Drop New Songs Every Month

It is going to be exciting for the band and its fans.

JYP Entertainment‘s talented band DAY6 is making a comeback after 10 months, with a huge project to hold concert and release new song every month throughout 2017.

On December 29, a calendar with caption ‘2017 DAY6 <EVERY DAY6>’ was unveiled via official SNS accounts of DAY6.

The band will drop a new release on the the 2nd week of every month, mostly around the 6th of each month. The boys will also hold a concert on every first weekend of the month.

On January 5, DAY6 will have a pre-concert to kick-start the project. The first song of the year is scheduled to release on the next day. 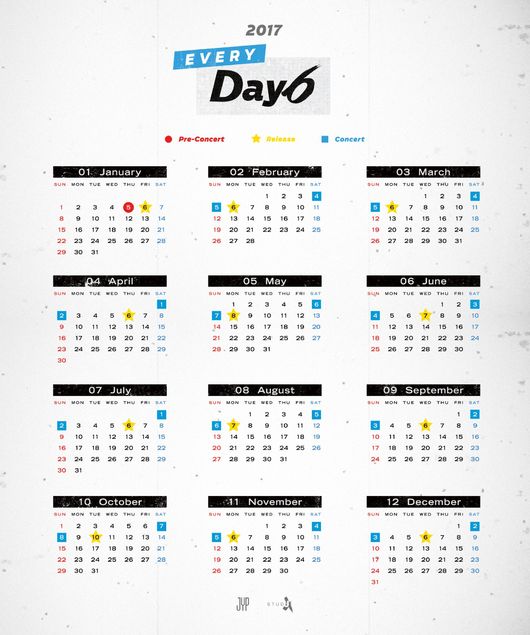