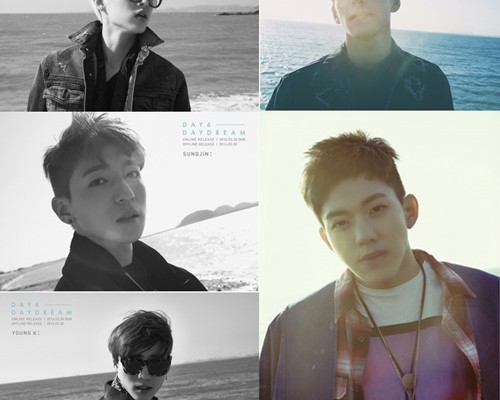 Fans will be able to catch DAY6 on TV soon.

JYP Entertainment’s DAY6 will be coming back with the lead track Letting Go, off the group’s second mini album Daydream. According to music insiders, the boys will perform at the coming episode of Mnet’s MCountdown on March 31. This broadcast will be their first music show since debut with mini album The Day in last September.

Rather than busking and having music shows, DAY6 has been focusing on performing in and out of the country. Thus, the upcoming show on MCountdown will give the boys the opportunity to get closer to their fans.

The six-track mini album will be out on March 30.

If you have yet to check the teaser video for DAY6’ s lead track Letting Go, watch it below:

Hellokpop, as an independent Korean entertainment news website (without influence from any agency or corporation), we need your support! If you have enjoyed our work, consider to support us with a one-time or recurring donation from as low as US$5 to keep our site going! Donate securely below via Stripe, Paypal, Apple Pay or Google Wallet.
FacebookTwitter
SubscribeGoogleWhatsappPinterestDiggRedditStumbleuponVkWeiboPocketTumblrMailMeneameOdnoklassniki
Related Itemsday6dayDreamdebutjyp entertainmentletting goMCountdownThe Day
← Previous Story CNBLUE Members To Make You Smile With New Teaser Images
Next Story → #HIGHGRNDWEEK: Tablo Signs New Artists To The Label