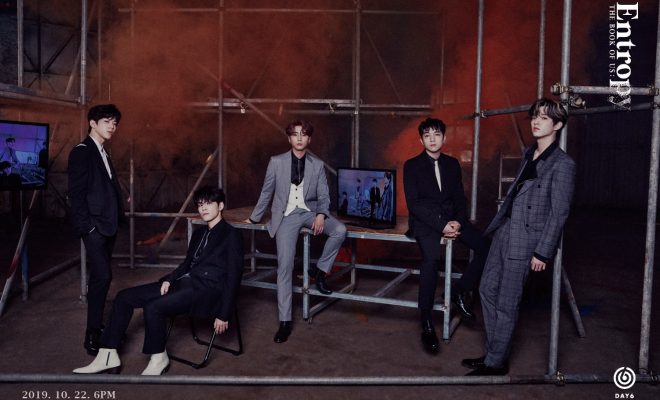 DAY6 Leaves Fans’ Hearts A Mess With “The Book Of Us: Entropy” Comeback Teasers

A “sweet chaos” featuring the butterflies in our stomachs indeed ensued as DAY6 unveiled their teasers for their comeback!

DAY6 left fans completely astonished with the range of feelings and emotions they managed to give with their various teasers for their fast-approaching return! 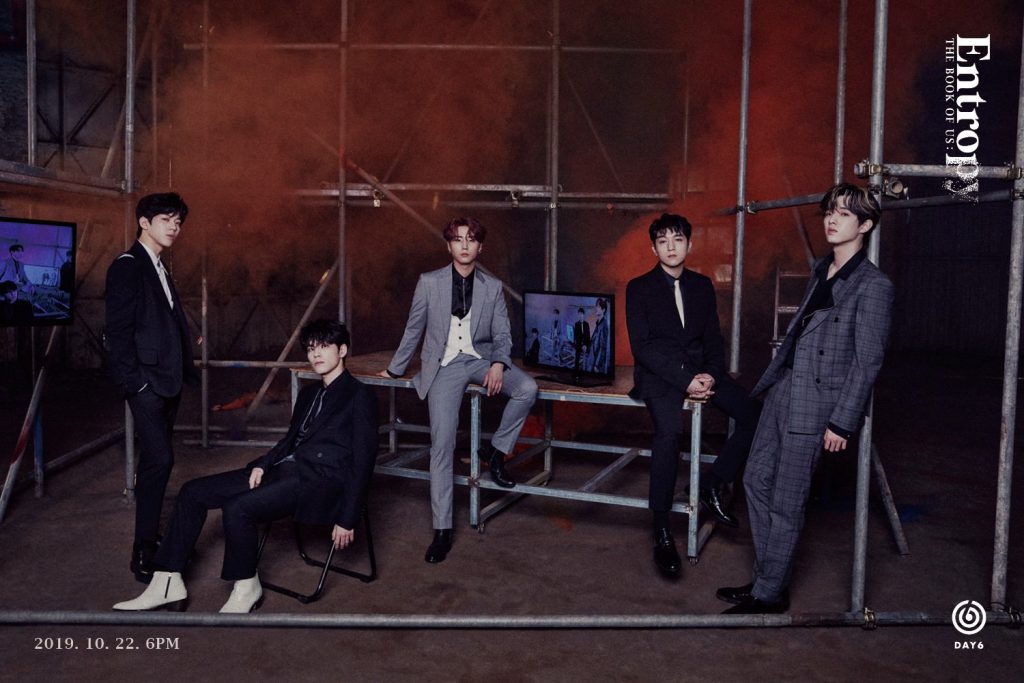 The band continues to string fans along with an even higher level of excitement as they gear up for their comeback with a new album titled The Book of Us: Entropy, which is set to be released on October 22 at 6 PM KST.

The day before its much-anticipated release, the monochromatic music video teaser for the album’s title track “Sweet Chaos” was unveiled by the band at midnight KST. Running for less than thirty seconds, the clip previewed the quintet handsomely styled and looking dapper in suits – all ready to make fans fall in love as they endow yet another catchy tune.

Their group photos were also revealed alongside the music video teaser, and the five painted an intense and intriguing mood as they banded together in giving fans the most heart-melting stares. 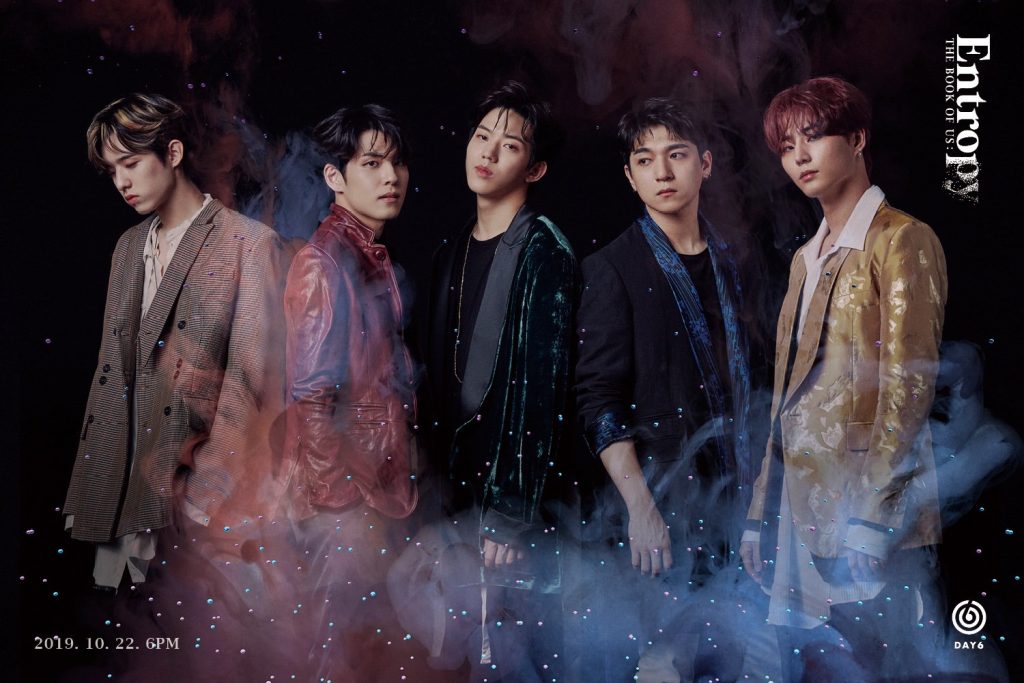 Additionally, the past few days had also been filled with My Days fawning over the stunning visuals that Sungjin, Jae, Young K, Wonpil, and Dowoon served on their solo concept photos for the album. 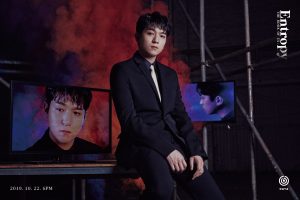 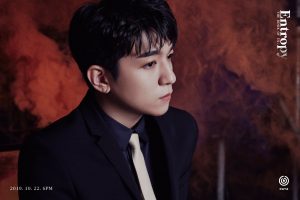 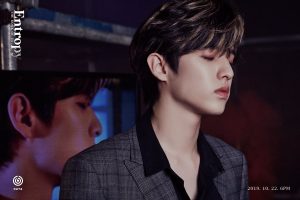 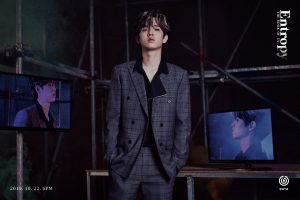 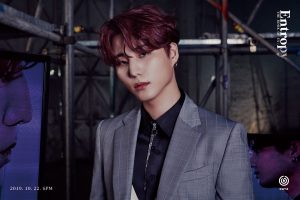 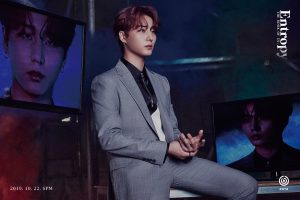 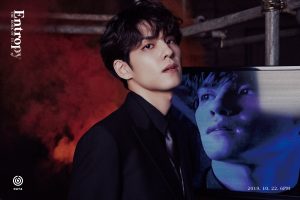 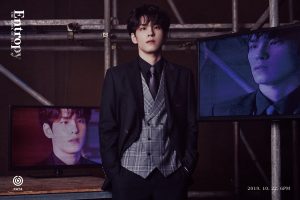 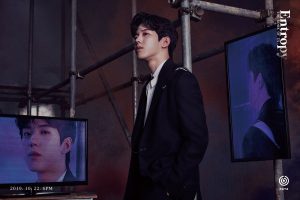 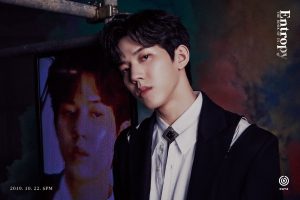 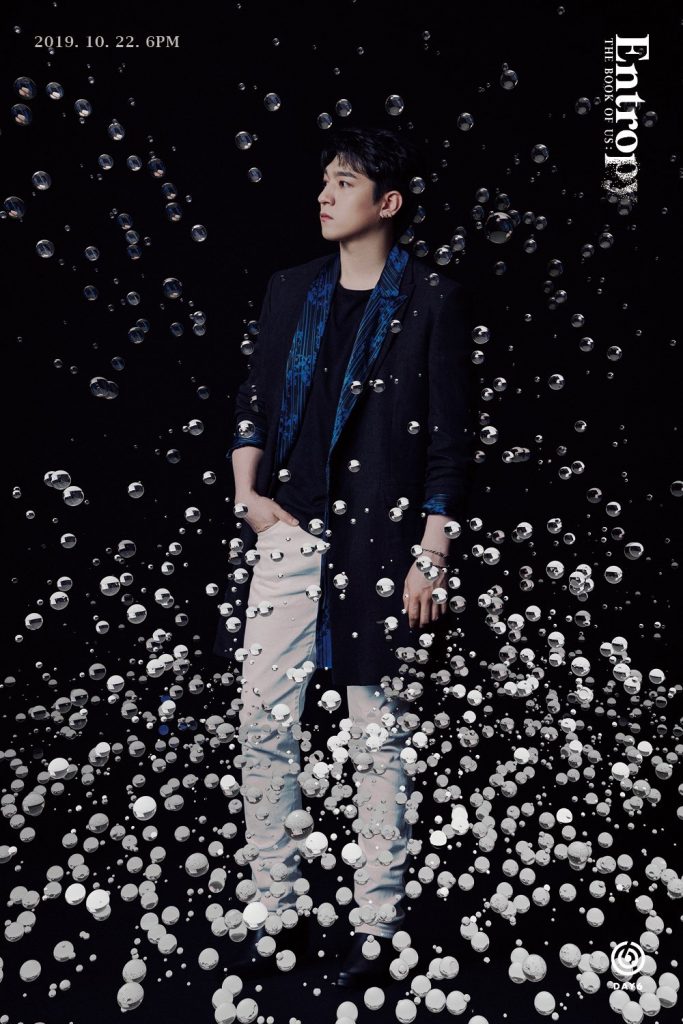 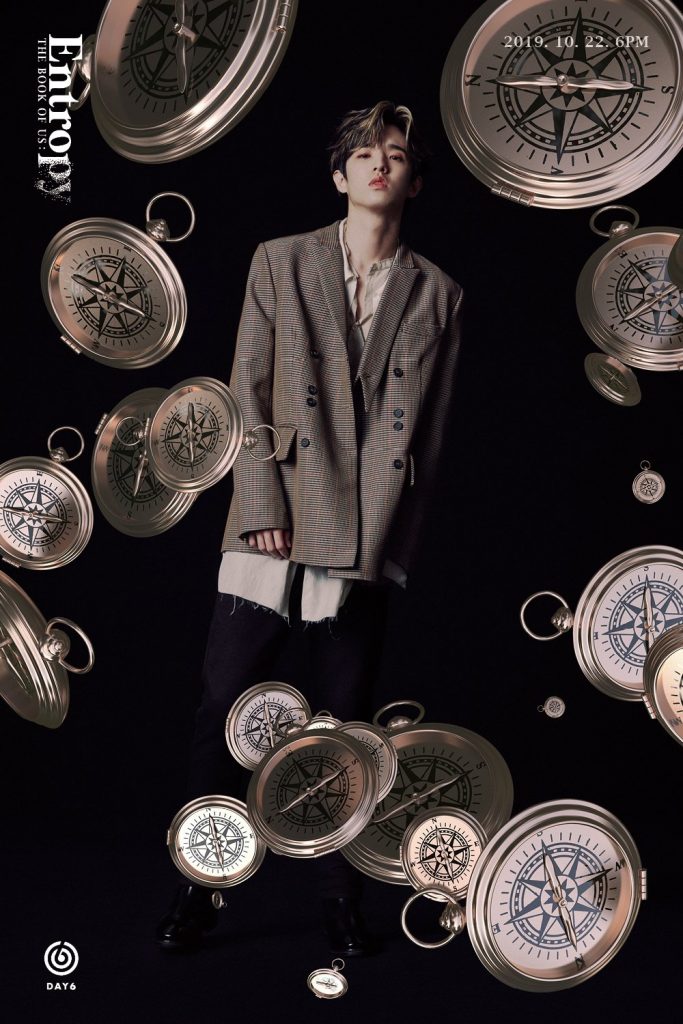 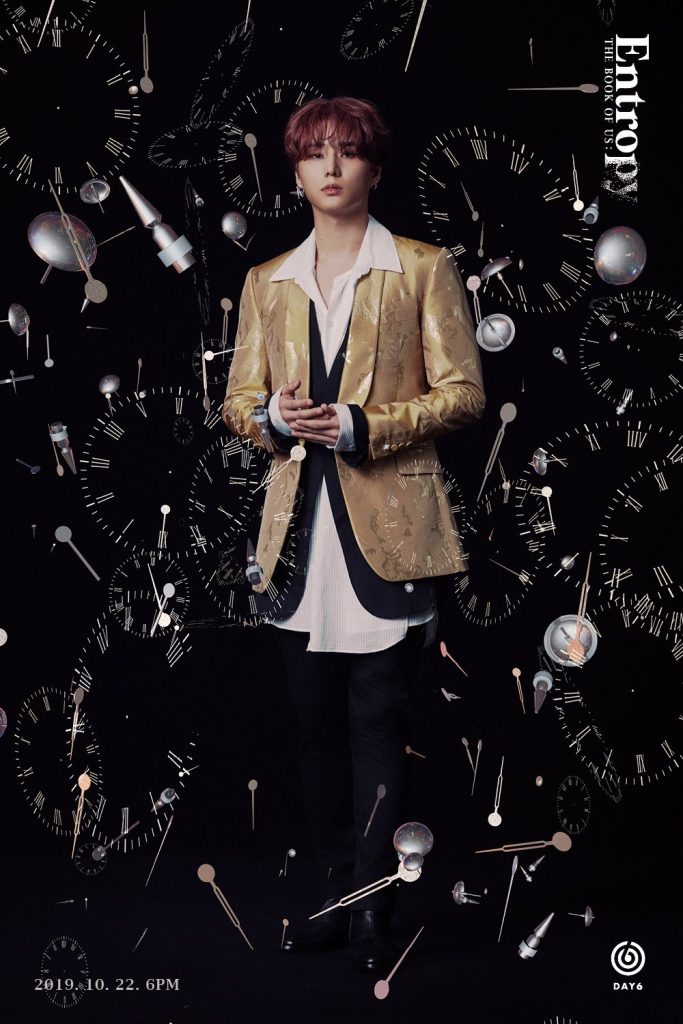 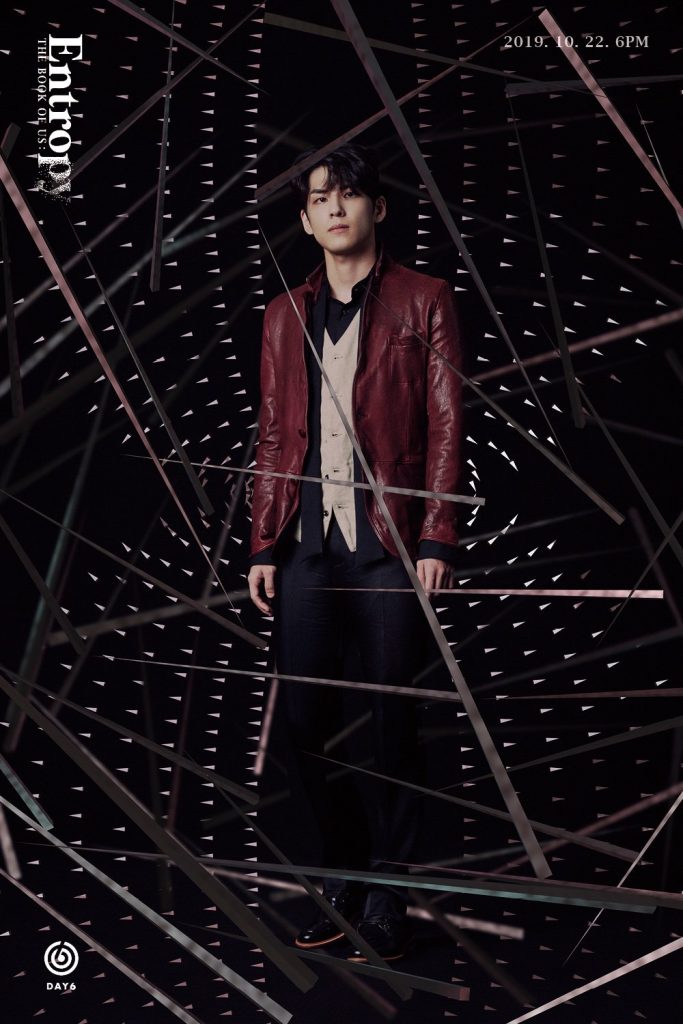 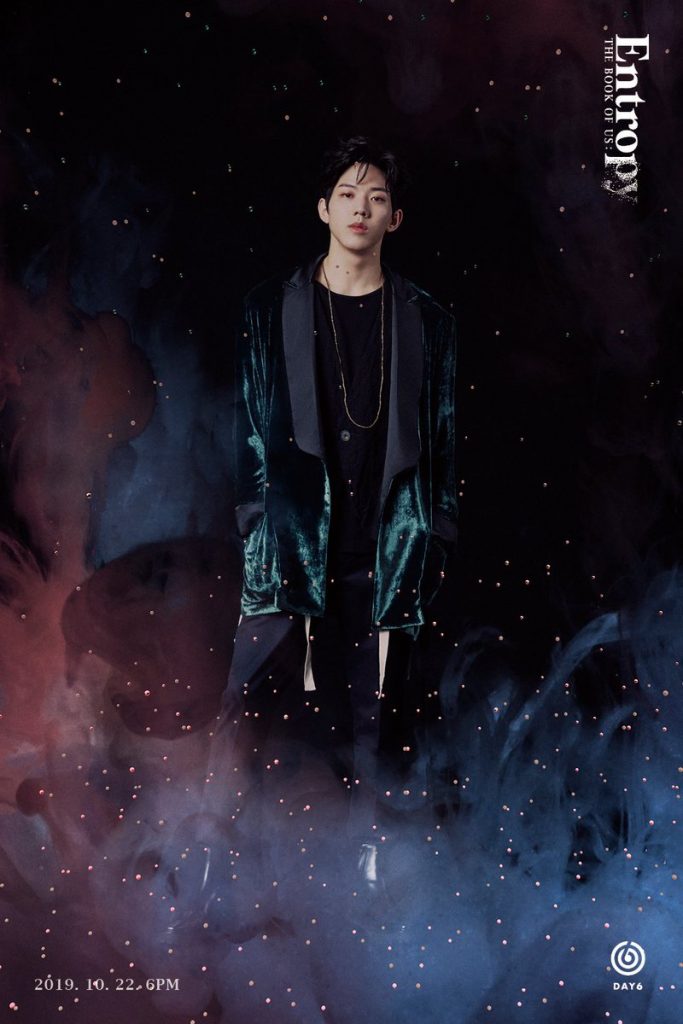 The Book of Us: Entropy will mark the band’s third full album and is revealed to be containing eleven beautiful tracks in total. As usual, Sungjin, Jae, Young K, and Wonpil actively participated in writing and composing most of the songs on their album, including the title track “Sweet Chaos”.

READ: DAY6 Confirms Return With A New Song This October

FacebookTwitter
SubscribeGoogleWhatsappPinterestDiggRedditStumbleuponVkWeiboPocketTumblrMailMeneameOdnoklassniki
Related Itemsday6Sweet ChaosThe Book of Us: Entropy
← Previous Story Kang Daniel Paints Colorful Stages & Vibrant Memories Through “Color On Me” In Manila
Next Story → MONSTA X Is Too Beautiful To Handle In Final Set Of Teaser Photos For “Follow: Find You”