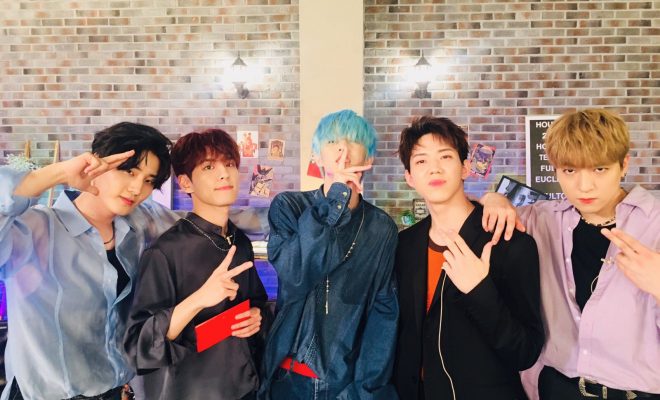 Congratulations, Day6 and My Days!

Jae, Young K, Sungjin, Wonpil, and Dowoon will greet their local fans on September 8 at the Korea University Hwajeong Tiger Dome through their Day6 First Fan Meeting “You Made My Day”.

Tickets to the fan meeting were sold out, less than a day since ticketing started om August 16, 8 p.m. via Interpark. 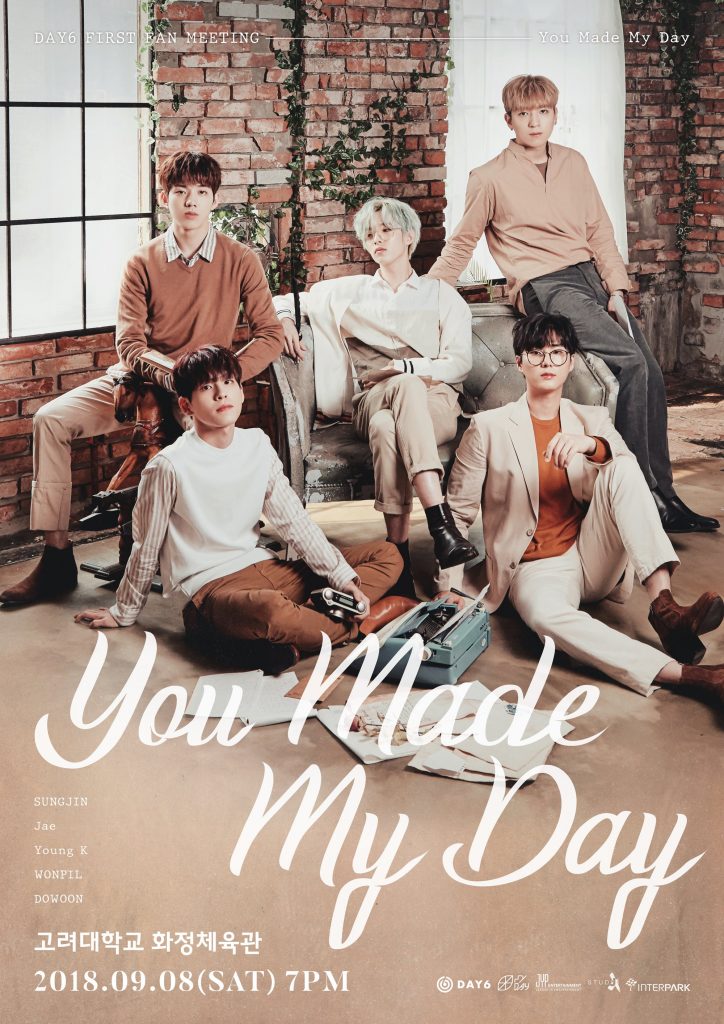 Day6 continues to display its growing popularity in South Korea and abroad through its recent activities.

The band’s third extended play, Shoot Me: Youth Part 1, peaked at the third spot of Gaon’s Album chart, selling more than 59,000 copies since its release on June 26. Additionally, the EP peaked at the ninth spot of Billboard’s World Album chart.

Jae, Young K, Sungjin, Wonpil, and Dowoon are set to reach more fans and bring their live music to more people through Day6 First World Tour <YOUTH>. The world tour started in Seoul on June 22 to 24. It has also stopped in Ulsan and Jeonju on July 21 and August 5, respectively.

Last weekend, the band successfully concluded the Melbourne and Sydney legs of the world tour.