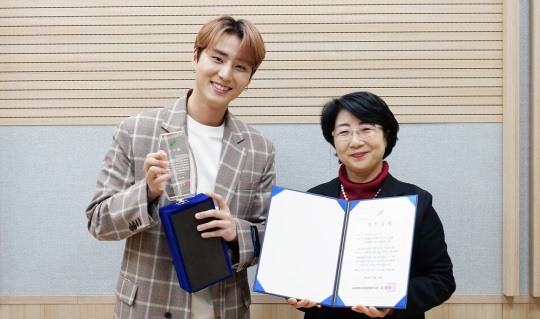 Idol Reads and Connect Hearts is designed to raise interest in Korean literature and to create a new reading culture as well as help the underprivileged youth. The proceeds from the project are donated to Foundation for the Rural Youth.

As a part of the project, many famous idols have contributed their voices for the reading. So far the readings of artists Chung Ha, Ha Sung Woon, Weki Meki (Ji Soo Yeon, Choi Yu Jeong and Kim Do Yeon), INFINITE (Sung Jong and Nam Woo Hyun), VIXX (Ravi and Hyuk), Roh Tae Hyun and Jeong Se-woon have been aired. 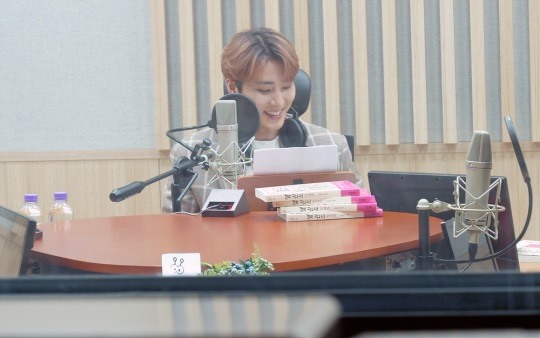 The piece that Young K read is titled “Paper Cut” by Choi Sang Hee, who won the 12th Seasonal Literary Awards. The book tells the mysterious tale about a high school student, who has a fateful encounter with a woman on a plane while traveling alone.

After successfully finishing the reading, Young K said, “I am happy that I got to read a good book through this opportunity. This is my first time reading but I have worked hard, so I hope people will like it when they listen to it.”

Young K is a vocalist, rapper and bassist of DAY6, a band under JYP Entertainment. He is also a talented composer and song-writer. Most of the lyrics of DAY6’s songs were written by him.

Young K’s reading of “Paper Cut” will be aired on December 15 at 12 pm KST via EBS radio’s Idol Books, which will be hosted by announcer Oh Jung Yeon.