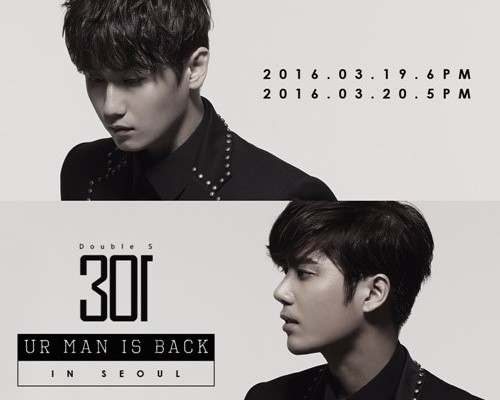 Tickets to the coming concert of SS501’s sub-unit Double S 301 are available to the public through Interpark from 4pm KST, February 4.

On January 14, Double S 301 released its teaser pictures as an official declaration for its return after a long hiatus. Along with teaser poster in mysterious black suits, each member also dropped his own individual teaser video. The videos feature different charms of the boys, drawing fans’ attention and curiosity. 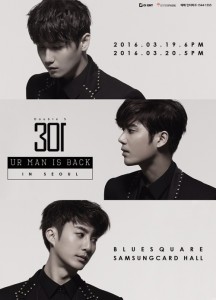 Double S 301’s Seoul concert is set to take place at Blue Square Samsung Card Hall in Hannam-dong on March 19 and 20. Prior to the concert, the boys will release a new album titled ETERNAL5 .

The coming concert is a special milestone for the trio to meet their fans after a long time due to individual commitments, namely military service and solo activities. The boys’ comeback is garnering high attention from not only the fans, but also mass media.

Every member is practicing hard with great passion and love for the upcoming comeback album and the Seoul concert. They will show off well-made album and performance, so please give lots of love and support for their comeback.

Ahead of the Seoul concert, the group will kick off a showcase at Art Hall of Lotte Card Art Center at 8pm on February 15, followed by the release of their new album on the next day.