NCT member Jaehyun thrills fans with the news of his screen debut as the lead actor in the drama, Dear M.

Jaehyun, a member of the popular SM Entertainment boy-group units NCT U and NCT 127, will embark on his first endeavor as an actor in KBS2TV’s drama titled Dear M. The idol will star alongside other actors such as Park Hye Soo and Bae Hyun Sung in the campus romance. Produced by companies Playlist and Monster Union, the drama will air in the first half of 2021.

Dear M chronicles the lives of students at Seoyeon University. Their lives are turned upside down by the mention of a mysterious person named “M” in the school’s newspaper. The anonymous article changes the romances between the main characters due to “M”, leading many to search for “M”‘s true identity.

The drama intrigues many as it based in the same worldview as the show Love Playlist, which drew a cumulative 500 million views, an incredible milestone achievement for web dramas. Additionally, many are curious how the characters of Dear M will fit into the pre-existing worldview of Love Playlist.

The show’s leads include Park Hye Soo who plays a brave and intelligent sophomore named Ma Jua, focusing on business administration. She has a good girl attitude and has no interest in dreams or men. Meanwhile, NCT’s Jaehyun will play Cha Minho, a sophomore computer engineering student with good looks and talent. His computer skills enable his creation of remarkable apps and technical ideas. His character has chemistry with Ma Jua, as they have been best friends for twelve years.

Excitement for the show continues to rise with the announcement that CLC’s Eunbin will join the cast. She will play Min Yanghee, an engineering student who forms a crush on Jaehyun’s character Cha Minho. Her character lacks a sense of humor and is very innocent, drawing interest on how characters will interact. 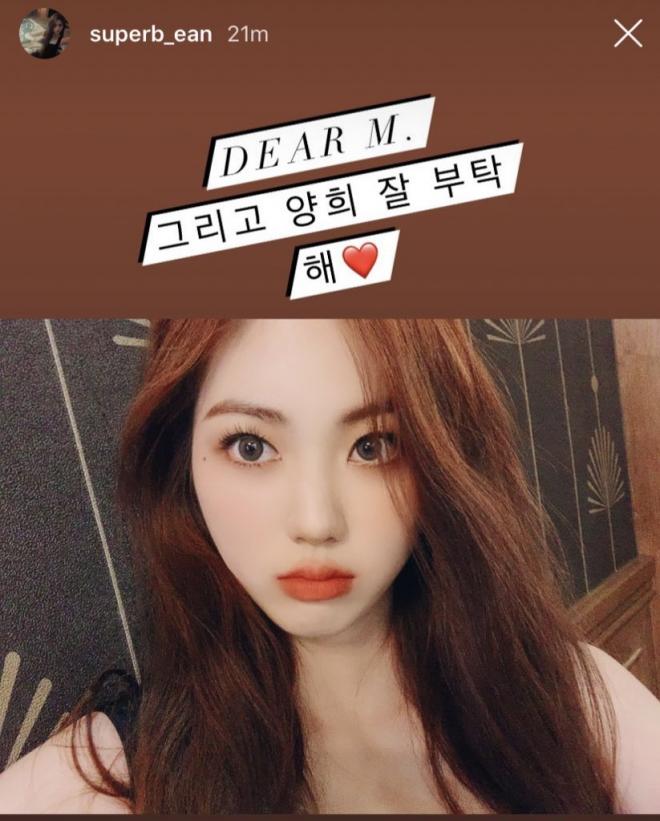 KBS2TV plans to premiere Dear M during the first half of 2021.