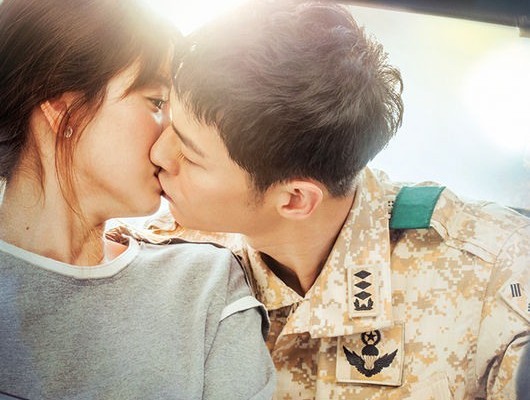 KBS drama ‘Descendants of the Sun’ is stealing viewers’ hearts in China and South Korea.

With a popular cast and romantic scenes of a love story between a young soldier, Yoo Si Jin (played by Song Joong Ki), and a military doctor, Kang Mo Yeon (played by Song Hye Kyo) in the war-torn country, Descendants of the Sun is capturing massive attention from Korean fans with 20% local viewership.

Meanwhile, according to China’s online media company Sina Corp, the drama, which is aired on China’s video streaming platform iQiyi, attracted over 120 million audiences for the first four episodes. It also rakes in a whopping 470 million views on Weibo with no sign to stop.