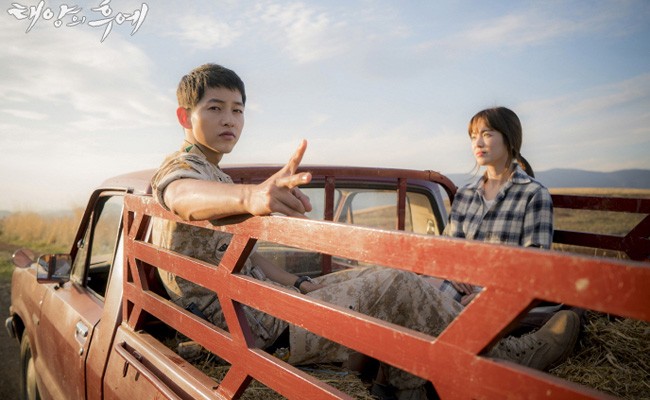 ‘Descendants Of The Sun’ Sparks Debate In Vietnam

That was in the past.

‘Descendants of the Sun’, starring Song Joong Ki and Song Hye Kyo, has been a sensational hit throughout Asia, especially in China and Thailand, where they have been numerous reports on the drama fever throughout the territories.

In Vietnam, the drama has also descended successfully into the country, with many Vietnamese fans and Facebook fan pages popping up. However, the theme of the drama might not bear well with some older Vietnamese, who are still living with their traumatic memories of the Korean troops during the Vietnam War.

A heated debate broke out recently in one of the most-liked Vietnamese fan pages. This has since attracted more than 350,000 users this week.

Read: 10 Reasons Why Everyone Needs To Watch ‘Descendants of the Sun’

On last Sunday, Tran Quang Thi, a reporter of the local media outlet Tuoi Tre, posted a controversial post on his Facebook page, which has since been shared more than 87,000 times.

He said, “”During the Vietnam War, Korean troops spread terror in a number of regions in the country, not among the army, but among innocent civilians.”

“Some villages were completely wiped out by Korean troops. I believe if the victims’ souls were still around and watched the Korean drama it would break their hearts.”

He added, “No one even thinks about Korean or Chinese TV airing a film that praises Japanese soldiers out of respect for them as victims of World War II.”

Vietnamese netizens showed mixed feelings about his post, as some felt that the younger generations should resonate with his perspective, while others argued that it was more of personal choice to watch the drama.

“Descendants of the Sun” is set to air on HTV2 in Vietnam, after the drama ends its run in South Korea.