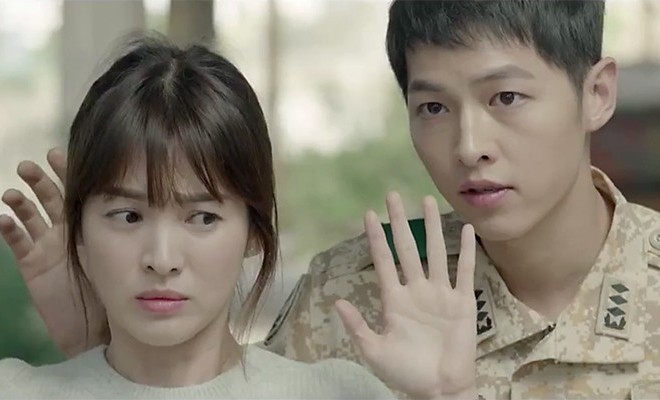 China sent out a warning – against the popularity of KBS2 TV drama series ‘Descendants of the Sun’.

On last Saturday, China’s Ministry of Public Security released a nationwide warning through its official Weibo, stating that: “An enormous fandom of Korean drama ‘Descendants of the Sun’ starring Song Joong-ki has emerged as it began to air in Korea and China. It is easy to see that many have fallen in love with the male lead Song.” It added that: “watching Korean dramas could be dangerous, and even lead to legal troubles.”

To illustrate the harmful effects of watching Korean dramas, the ministry highlighted some severe cases, including a couple who ended their marriage, and a man who went through plastic surgery to save his marriage after his wife became overly engrossed to the male protagonist of an unnamed Korean drama.

The drama was released simultaneously in Korea and China, with the online rights purchased by iQIYI. China Times reported that it has since hit 440 million cumulative views on Chinese online video platform iQIYI, outnumbering those of 2014 SBS hit drama ‘My Love from the Star’.

Meanwhile in Korea, the drama series is also fast gaining traction. According to AGB Nielsen, it recorded 14.4 percent viewership with its first episode, and hitting at 28.5% for its sixth episode, which was aired on March 10.