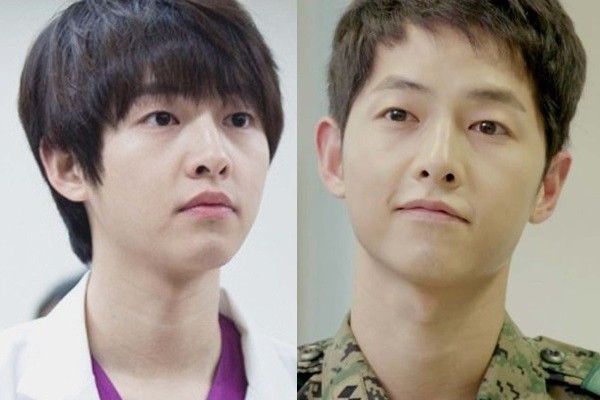 Do you think ‘Descendants of the Sun’ would be a huge success like now if the role of Yoo Si Jin is a doctor? Yes? No? Maybe?

It was earlier reported that ‘Descendants of the Sun’ Captain Yoo Si Jin (played by Song Joong Ki) did not even exist in the early script. According to the latest local reports, it seemed that the male lead’s original career was also different from the current one.

Initially, the drama is said to be based on a piece of writing, titled ‘Medecins Sans Frontieres’, which is an award-winning story written by novelist Kim Won-seok. The title comes from the NGO, Doctors Without Borders (MSF), which conducts medical activities in needy places. The original male lead was supposed to be a character who has strong beliefs in humanitarian.

However, the story took a huge turn when famous screenwriter Kim Eun Sook was approached to rewrite the plot into a drama. The latter, who is famous for many hit dramas, including ‘Secret Garden’ and ‘Heirs’, proposed that more elements of romance were needed to stimulate the story. Yoo Si Jin was then ‘reborn’ to be a Captain of the special forces of the Korean army.