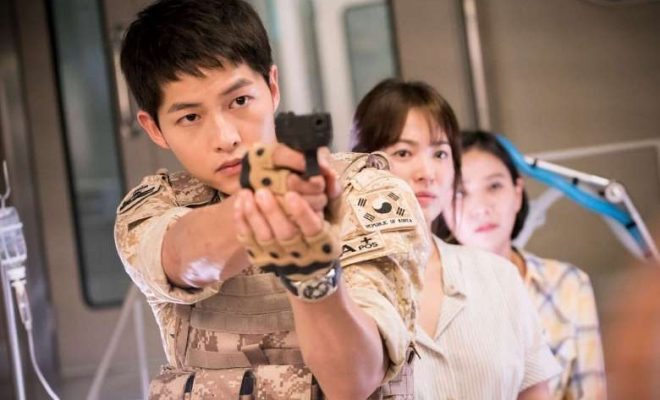 As the Chinese movie director stated, would you think he can make a better one than the original drama series?

According to Chinese media reports, mega-hit Korean drama ‘Descendants of the Sun’ will be produced into a movie in China.

The local newspaper Wuhan reported that Huace Film & TV has already acquired the rights to make the drama into a movie. The production company is known to be one of the country’s biggest film production companies.

It is confirmed that the director would be Zhang Yibai. While fans might be hoping that the lead roles for Yoo Si-jin and Kang Mo-yeon would be taken up by the respective actors of the original drama series; Song Joong Ki and Song Hye Kyo, nothing has been confirmed yet at the time of writing.

Zhang Yibai admitted, “We are under enormous pressure since the original drama hit it off by casting two very attractive stars.”

However, the movie director insisted, “We won’t rely on the reputation of the original drama but use it as a foundation to build a wholly new movie.” He added, “We’d like to make a better one.”